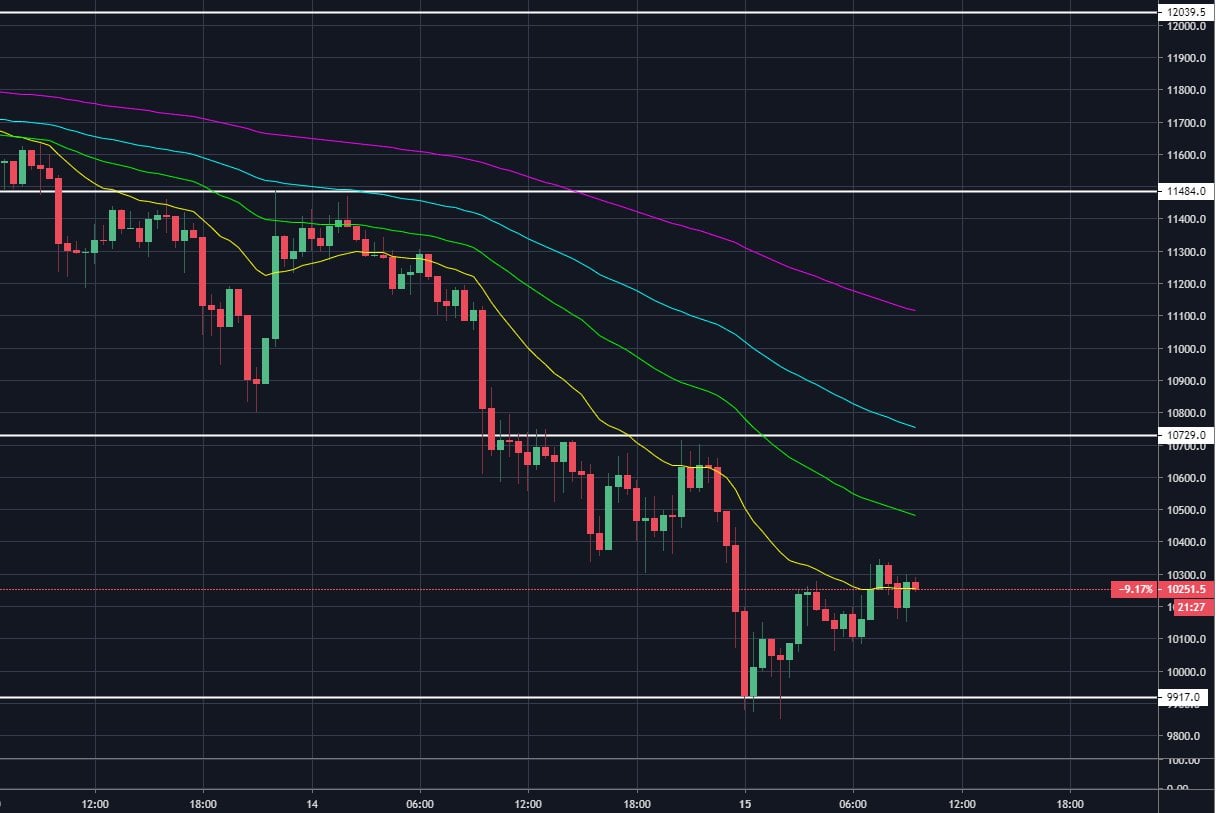 Bitcoin suffers wild weekend after yet another Tether scandal

Bitcoin traded within a $2,000 range this weekend, making a substantial move to the downside following yet another Tether-related scandal on Saturday evening.

Last week, Coin Rivet reported that Bitcoin’s next level of support was at $10,700 having failed to achieve a new high above $13,000.

As predicted, price did fall to the $10,700 region where it was initially propped up by a tweet from Tether, who seemingly minted $5 billion worth of Tether tokens.

The value of Bitcoin instantly shot back up to $11,500, leaving a wrath of short positions liquidated on exchanges like BitMEX and Deribit.

It wasn’t until 30 minutes later when Bitfinex CTO Paolo Ardoino announced that the $5 billion worth of Tether was a “mis-click” that price began to fall back to the $10,700 region.

Tether then ‘burned’ $4.95 billion worth of Tether tokens, leaving speculators dumbfounded about the evening’s events.

While seemingly unintentional, this behavior from an exchange as reputable as Bitfinex may be seen negatively by regulators and law enforcement agencies, who have been openly critical of the perceived manipulation in the cryptocurrency markets.

🎙️Don't miss #Tezos co-founder, @breitwoman, as she takes the digital stage for the first #TQuorum session on July 15.