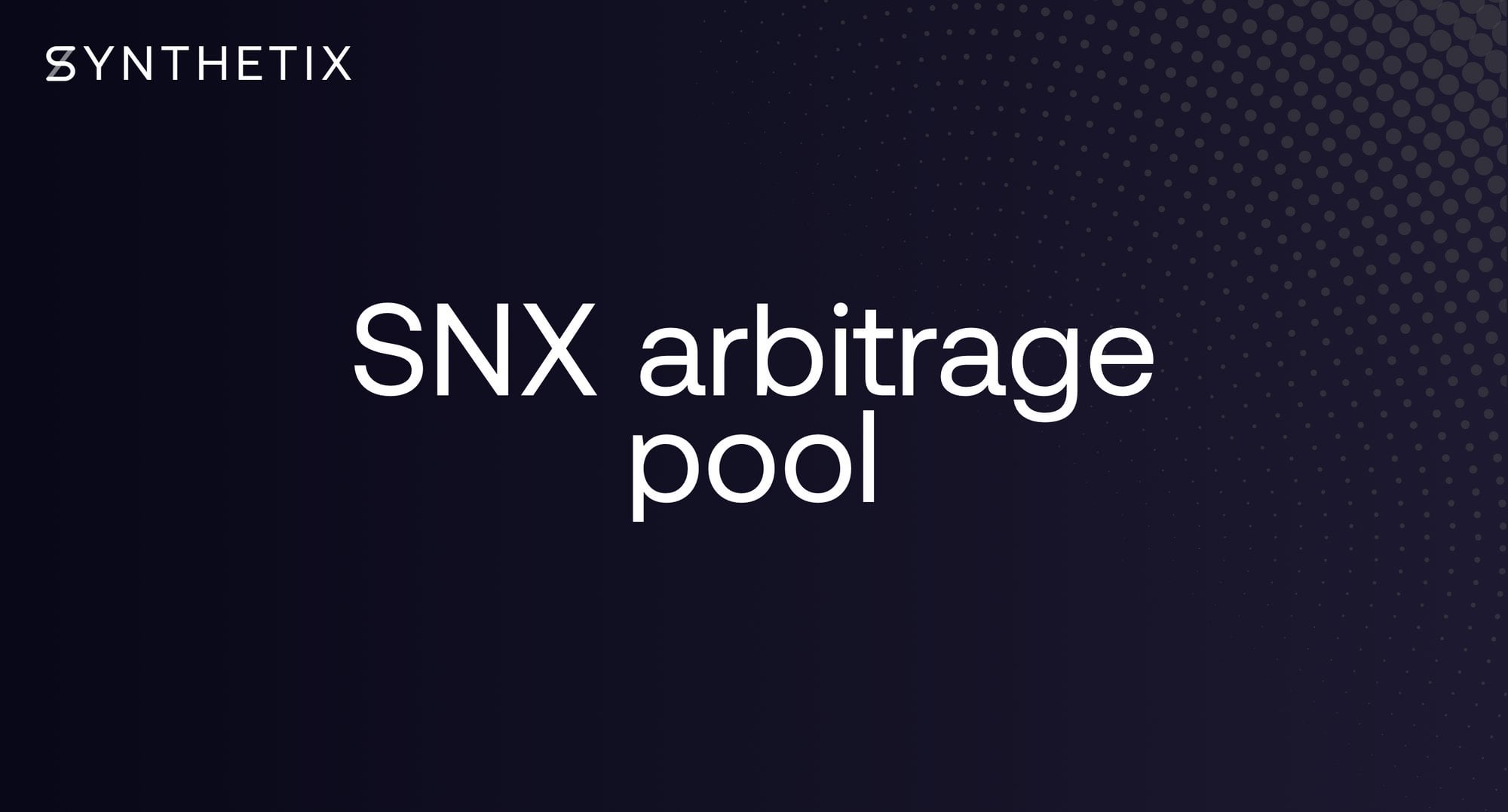 We recently launched an experiment to incentivise liquidity for the sETH/ETH pool on Uniswap. In one week, almost 1500 ETH has been added to the pool and it is now the fifth largest Uniswap pool. This has demonstrated the effectiveness of combining DeFI protocols to strengthen incentives.

The purpose of sETH on Uniswap is to provide a deep pool of liquidity into and out of Synthetix.Exchange. Liquidity is just one aspect though, it is also critical that the pool is stable at a 1:1 ratio. So while liquidity has improved, we need to address stability. Which is why we are proposing to divert some of the SNX inflationary supply to help restore this 1:1 ratio.

Specifically the proposal is to allocate 5% of the inflationary SNX supply each week (i.e. ~72k SNX) to an arbitrage contract that can only be accessed via the sETH pool on Uniswap, and only when the ratio is below 99:100. This will create an efficient arbitrage cycle between Synths and SNX.

Before detailing the arbitrage pool mechanism, it is worth reviewing how the Synthetix peg functions and some of the limitations of this mechanism.

The Synth peg is a soft peg. SNX tokens collateralise all Synths within the network, but sETH and other Synths are not directly redeemable for SNX. Except in the specific scenario where a user has issued debt previously and is looking to repay it. This means that there is only a small subset of users able to profit from arbitraging Synths when they fall below the peg. It also means that if very few of these users want to pay off their debt, then there will be weak incentives to restore the peg. One way to resolve this is to attempt to force users into repaying their debt — this is the approach taken by Maker where they raised interest rates in an attempt to get users to close CDP’s. Synthetix does not charge interest on Synth debt so this is not a viable approach for us.

The solution to improving the peg is to offer a mec...