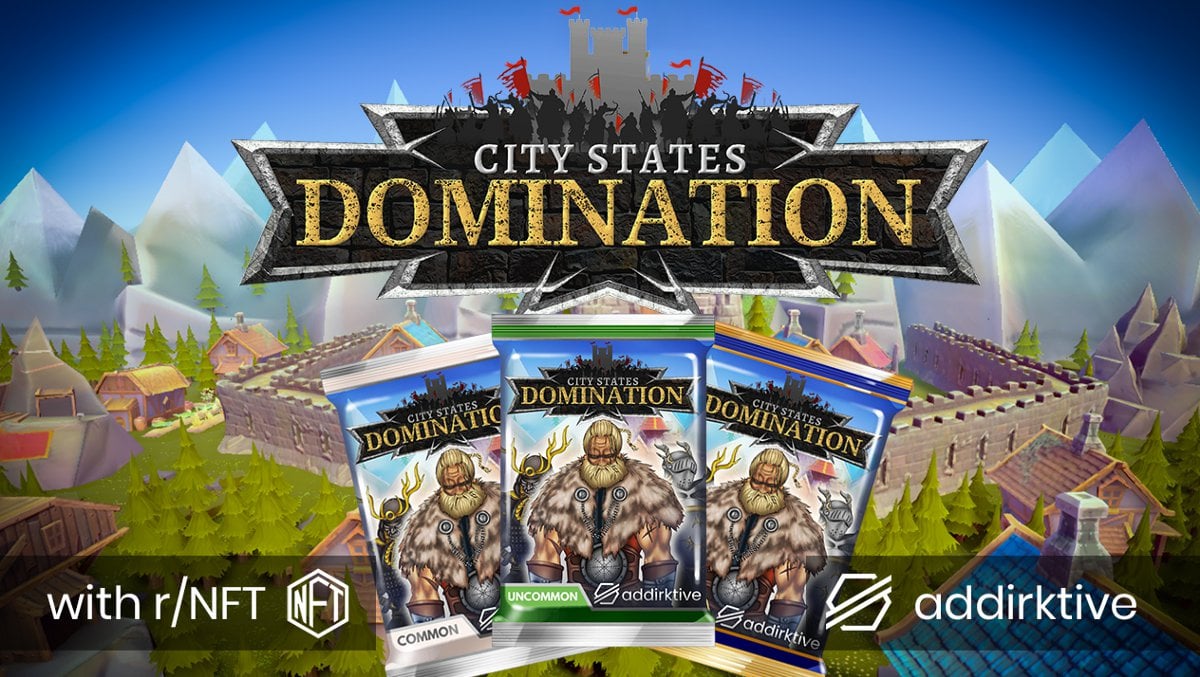 In this first giveaway, you have the chance to win one of 10x Common Packs, 5x Uncommon Packs and 3x Rare Packs. Each pack contains various items and heroes to use in ‘CityStates: Domination’ with differing drop rates.

Scroll to the end of this article for more information. The exact contents and drop rates will be announced before the unpacking begins.

The VIP passes are not only used for sales but also function as entry to ‘CityStates: Domination’ and ‘CityStates: Medieval’ depending on which Pass level you hold.

Blending VIP PassesIf you own two VIP Silver passes, you will be able to blend them into one VIP Gold pass.

How sales will work on CityStates:

There are four tiers in sales. Before starting the public sale, VIP pass holders and whitelisted users will have a chance to buy via our Dashboard.

Digital Identities on Cardano and Ethereum with PhotoChromic Live at 16:00 UTC Today