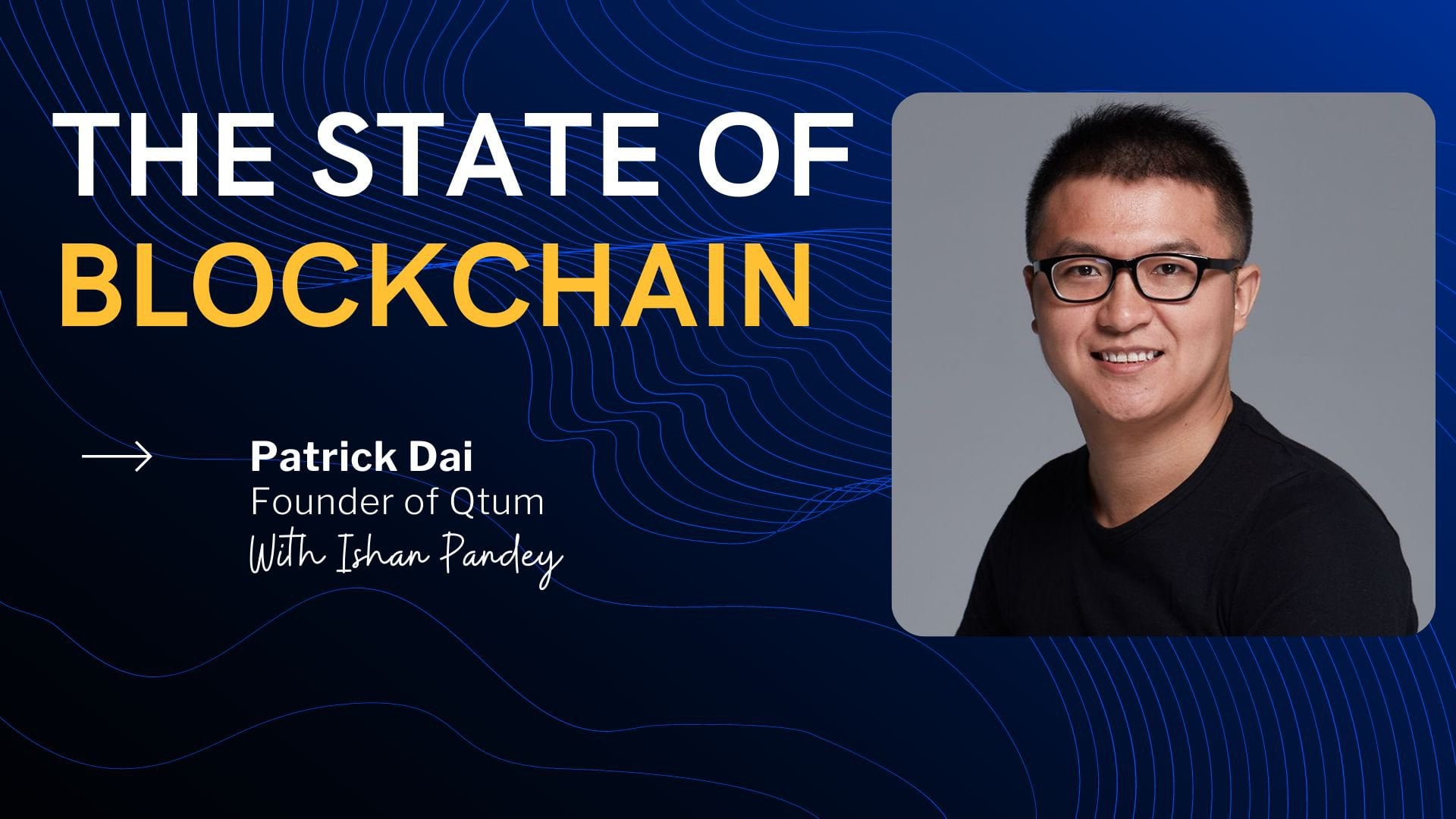 Ishan Pandey: Hi Patrick, welcome to our “Behind the Startup” series. Tell us about yourself and the story behind Qtum?

Patrick Dai: Thank you! I grew up in Sichuan in China and did my PhD candidate in Computer Science. I’ve always been into building stuff and after getting my first computer in 2002. It was the only thing I paid real attention to. I worked at different companies like Alibaba alongside my studies, but it was not until finding Bitcoin in 2012, and later on, starting my own research and development around crypto in 2013 that I knew I was getting into extremely disruptive technology.

Since then, Well. We had a really big idea to combine a crypto-currency with programmability, and a few years later of hard work, Qtum was born in March 2016, as the world’s first digital currency that can execute Smart Contracts with Proof-of-Stake but based on a UTXO model. Back then, people said that idea would be impossible. Not everyone though, investors such as Tim Draper, Roger Ver and other seasoned names all invested in Qtum. 5 years later, here we are though, on track with a robust and secure PoS-chain. What gets me really excited though is the next 10 years of development, for example, we have not even had our first Block-reward halving yet! We can’t say for sure what will happen but we have part of our DNA from Bitcoin, and our limiting supply is quite similar, and our maximum capped supply will reach 107.8 million in the year 2045.

Ishan Pandey: Most of the PoS blockchains have a high barrier to entry, due to which running a full node is not possible for everyone. What are your views on this level of centralization in the current state of PoS?

Patrick Dai: Naturally, centralization vs. decentralization is a spectrum and we urge everyone to keep a reasonable debate and not to turn to dogmatic tribalism in the question. Still, every barrier that s...