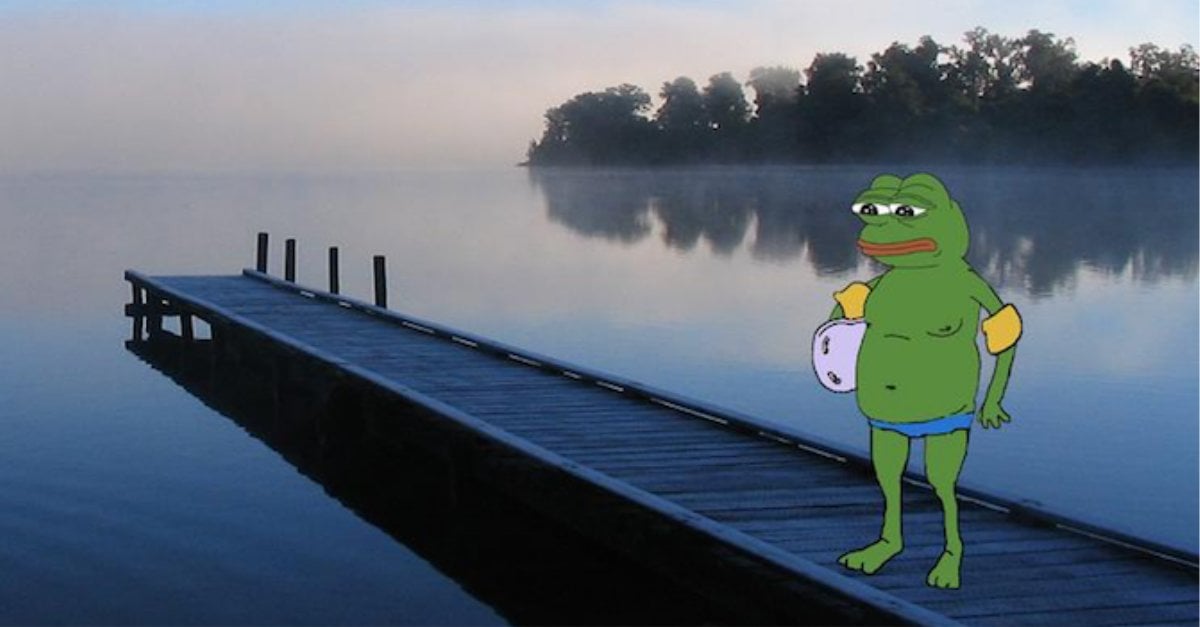 A version of this article originally appeared on Motherboard France. The interview has been edited for length and clarity.

For several months now, PepeCashMillionaire has lived on a yacht moored at the Bowen Island Marina just outside of Vancouver. In a manner of speaking, he's rich: With his Rare Pepe deck—virtual cards he's acquired thanks to his cryptocurrency activities—he's managed to make a living.

"I definitely got my 27-footer directly thanks to the major rise in Rare Pepe and Pepe Cash price from spring thru summer 2017," he told Motherboard in a Twitter DM. The rise "made it possible for me to be self-employed selling Pepes and trading Pepe Cash nonstop off the boat all fall and winter."

When we telephoned him for this interview, he introduced himself as "PepeCashMillionaire," his sometimes alias on Instagram and Twitter. He also identifies himself as MartyMcFly on Instagram (he bought the yacht used, he said).

Rare Pepes are digital assets in the form of collecting cards. Created by artists and built into the same blockchain as Bitcoin, they're intended to be traded or sold for Pepe Cash, the cryptocurrency for fans of Pepe the Frog. The sector is specialized but alive: At present, over 1,500 different Rare Pepe cards exist. A little more than 600 are listed in the Rare Pepe Directory.

Rare Pepes are distributed in limited quantities. Some cards exist in 100,000,000 copies, whereas others are unique. Their price varies according to their degree of rarity and popularity, which is clearly on the rise: In January 2017, the HOMERPEPE card was sold for the equivalent of $500. One year later, it was sold to a new owner who paid the Pepe Cash equivalent of $38,500 for it.

Naturally, this poses several questions. Are Rare Pepes gadgets or prophets? Are they really worth millions of dollars? What's your life like when your pockets are overflowing with Pepe Cash?

MOTHERBOARD: How long have you been doing thi...