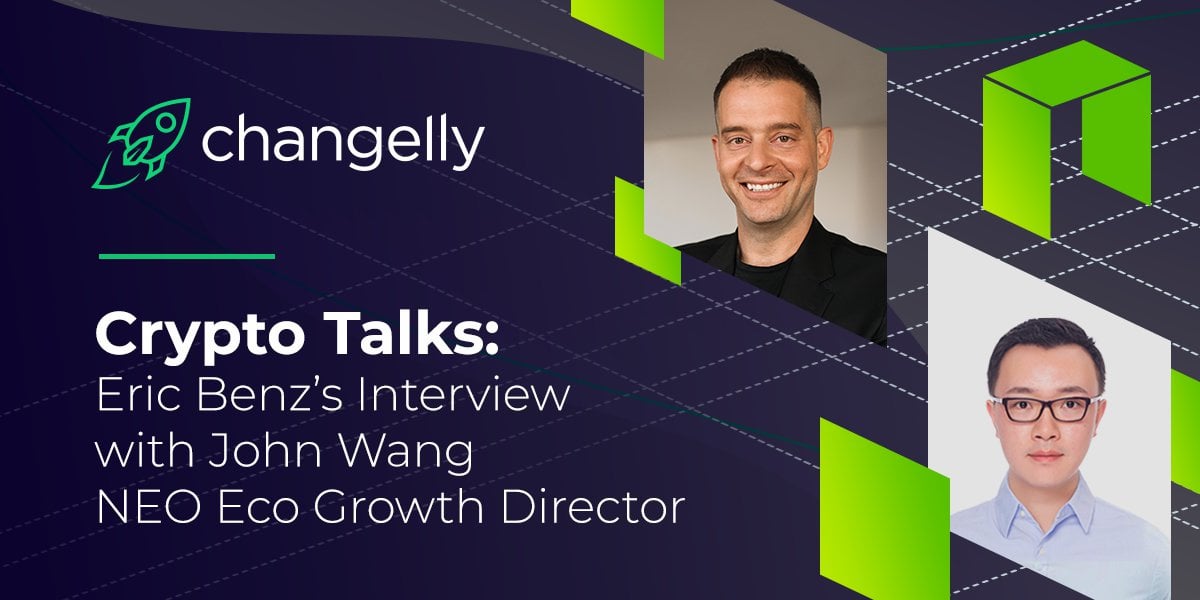 Crypto Talks with NEO: Upcoming NEO3 and Living on Crypto

CEO Changelly, Eric Benz, keeps on surfing around the crypto universe to find the answers to the most exciting questions that keep on electrifying the global crypto community. So, our today’s guest at “Crypto Talks with Changelly” is John Wang, who plays the role of NEO eco growth director. While having a conversation with John, Eric tried to get the juiciest insights about the NEO foundation plans on the network further development, and figure out if the concept of “living on crypto” is already possible.

Eric: For the beginning, tell us a bit about Neo roots? What was the original mission and philosophy of the company? Has it changed after the last five years? If so, in which direction?

John: NEO was founded by Da Hongfei and Eric Zhang. It is important to mention that NEO is not a company, but a Foundation, that governs the blockchain. Our philosophy now is Practical Idealism, which means that we aim for the idealistic goal to improve the world with distributed technology.

Eric: The technology behind Neo has much in common with the Ethereum blockchain like smart contracts, or a native GAS asset that “fuels” the network. Can you tell that you’re the continuers of the Vitalik’s philosophy, or it is your goal to go beyond the existing technology and make something even more significant, something that will make Neo stand out from the crowd?

John: We are definitely different in the sense that we have a dual-token system, our Gas is used to pay for the execution of smart contracts, but it is also traded on exchanges. Also, NEO tokens generate Gas for investors. Another key difference from Ethereum is that NEO supports multiple programming languages, so developers can use the languages they are familiar with, such as C#, Python and Java.

Eric: Tell us a bit about the upcoming Neo network update. What key positive changes will it bring?

John: NEO3 will be released in 2020, with some of the features first releas...