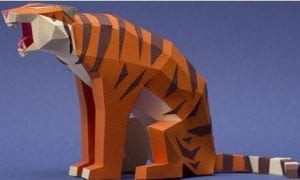 Is Libra a Paper Tiger?

Of course, Libra is not a paper tiger. Otherwise it won’t cause the immediate concern of global financial regulatory bodies and central banks, as well as the hearings by United States congress. But, this project indeed has inherent risks which make it very vulnerable. There is a good chance that it may get seriously delayed or may be forced to shut down if it cannot deal with these risks appropriately. If, unfortunately, it is forced to stop, then its short period of existence is then really a paper tiger.

Soon after the Libra project news was released on June 18th, I wrote an analysis report (A Business Analysis of the Libra Project) analyzing many aspects of this project. I pointed it out that one of the risks of this project is its scope. Since this project is trying to achieve such a big goal within such a short period of time, it inevitably assumes many risks. These risks can very likely lead the project to failure.

This paper analyzes more risks of this project. Hopefully, the Libra project can face these challenges squarely and adopt appropriate measures.

1. Facebook does not have the social support to carry on such a project

Because of the data privacy issue, Facebook was widely criticized. It even had to pay $5 billion fine for this. Facebook is not deemed a responsible operator of this huge social network. In fact, there is a strong anti-Facebook force in American society.

Among blockchain and cryptoasset enthusiasts, Facebook does not have a positive image either. Facebook used to forbid crypto ads in its social network for a long time. Its censorship policy in the crypto area is consistent with its overall censorship policy. But censorship is not in congruent with what crypto enthusiasts are pursuing. Facebook has been critically criticized in this circle. Jack Dorsey is in contrast with Mark Zuckerberg in this regard. Actually, Twitter has been the preferred social network crypto enthusiasts use....