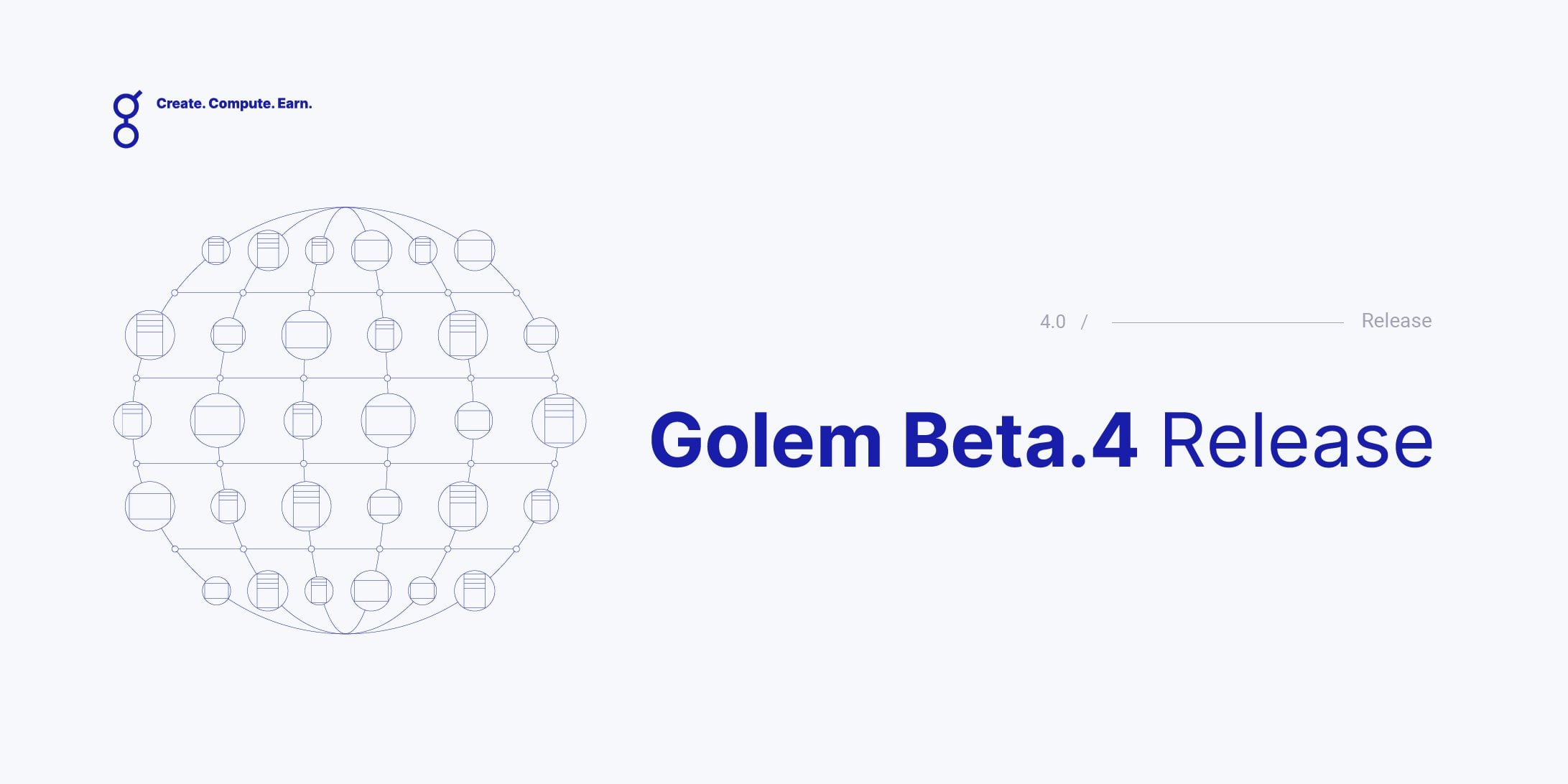 We’re excited to share the 4th major release announcement of the Beta IV. It’s only been a short time since the announcement of Beta III, which had a long list of improvements in terms of Golem features (VPN support, HTTP proxy, custom usage counters, etc.) and fixes. With this major release, the feature list is shorter but definitely just as significant! Beta IV now includes support for our new Polygon mainnet payment driver.

Beta IV includes Yagna v0.9.0 (code-named lleumia) which is important for both requestors and providers. Both will need to upgrade for your node to be able to support Polygon. Over time we expect the vast majority of tasks to occur on Polygon. So for providers, in particular, you will miss out on the majority of tasks if your node is not updated.

The major release also includes Yapapi v0.8.0 (code-named Halifax Explosion), which is needed for requestors to easily run tasks on Polygon using the Yagna Python API. In addition, our developers have included a custom market strategy example to assist requestors.

And the Golem handbook has been updated with some resources focused on requestors.

How do I upgrade or install Golem to support Polygon?

To upgrade or install Golem, both will be the same for a requestor or a provider. It’s very important for providers to update or you will not be able to support tasks for Polygon. To be clear, you will get much fewer tasks as a provider if you don’t upgrade.

What does this mean for GLM on ZkSync?

ZkSync will still be usable as a payment driver, just that we expect most tasks to gradually occur on Polygon, with it being the optimal mainnet payment driver for requestors. In the coming weeks, we will be introducing a GLM Provider Subsidy to help reimburse exit costs that providers and ...