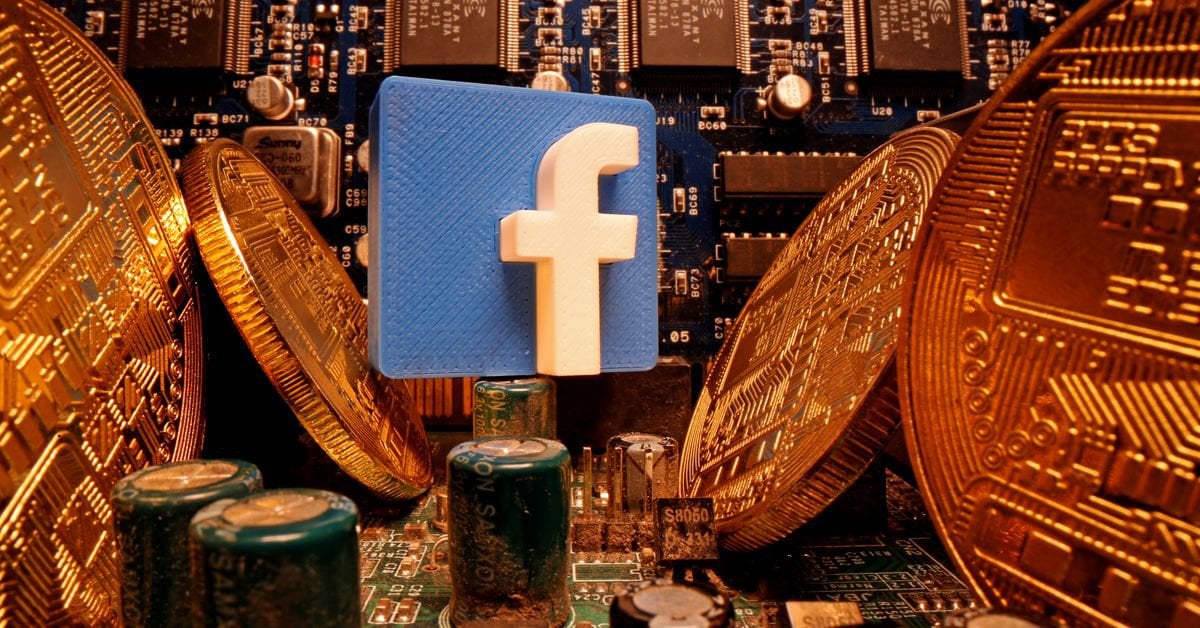 A 3D-printed Facebook logo and representations of cryptocurrency are standing on a motherboard in this picture illustration taken April 17, 2020. REUTERS/Dado Ruvic/Illustration

Oct 19 (Reuters) - A group of U.S. lawmakers said Facebook Inc (FB.O) cannot be trusted to manage cryptocurrency and urged the social media platform to discontinue immediately a small pilot of its cryptocurrency wallet named Novi, which was launched on Tuesday.

"Facebook is once again pursuing digital currency plans on an aggressive timeline and has already launched a pilot for a payments infrastructure network, even though these plans are incompatible with the actual financial regulatory landscape," the senators wrote in a letter to Facebook Chief Executive Mark Zuckerberg.

"Facebook cannot be trusted to manage a payment system or digital currency when its existing ability to manage risks and keep consumers safe has proven wholly insufficient," the senators wrote.

The letter by the senators indicates that even Facebook's small pilot of its cryptocurrency wallet will face scrutiny from lawmakers and regulators, who have previously raised antitrust and other concerns.

A Novi spokesperson said: "We look forward to responding to the committeeâs letter."

Facebook unveiled a cryptocurrency project in June 2019, as part of an effort to expand into e-commerce and global payments. read more

But the project immediately ran into fierce opposition from policymakers globally, who worried it could erode their control over the money system, enable crime and harm users' privacy.

In December, the project was rebranded in a renewed effort to gain regulatory approval, with its scope scaled back further to a single dollar-backed digit...