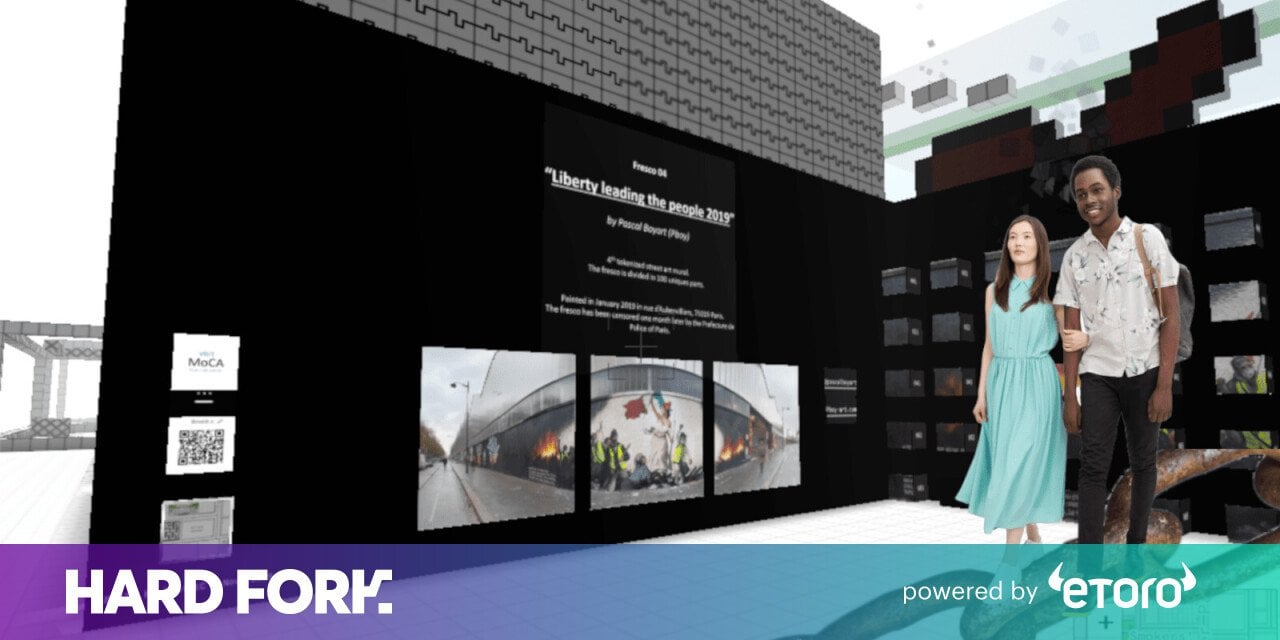 Earlier this year, French crypto graffiti artist Pascal Boyart painted a mural and hid $1,000 worth of Bitcoin in it. One month later, local authorities had “censored” the artwork by covering it with gray paint.

But one cryptocurrency enthusiast and artist isn’t standing for its censorship. Meet “BnoiitC,” who’s using blockchain to make cryptoart immutable and virtually impossible to censor.

Over the past week, BnoiitC recreated Boyart’s Parisian mural in the Ethereum-based virtual world Cryptovoxels, and you can own a piece of it.

“I just finished it this morning,” they told Hard Fork. “[It] took me approximately five to six hours.”

Cryptovoxels is a pretty simple idea. It’s a virtual world where ownership of its “land” is tracked and traded using the Ethereum blockchain.

Users can buy land, build on it, and then sell it on. The look and feel is somewhat akin to Minecraft. “I was inspired by Minecraft and loved the idea of a Minecraft city that is owned by its users,” Ben Nolan Cryptovoxels lead developer told Hard Fork earlier this year.

Every asset in Cryptovoxels can also be sold as a non-fungible token, a unique “digital asset that cannot be duplicated and is registered on the blockchain,” BnoiitC told Hard Fork.

It means that everyone can cross-reference the blockchain to see who owns what in the virtual world. Assets in C...