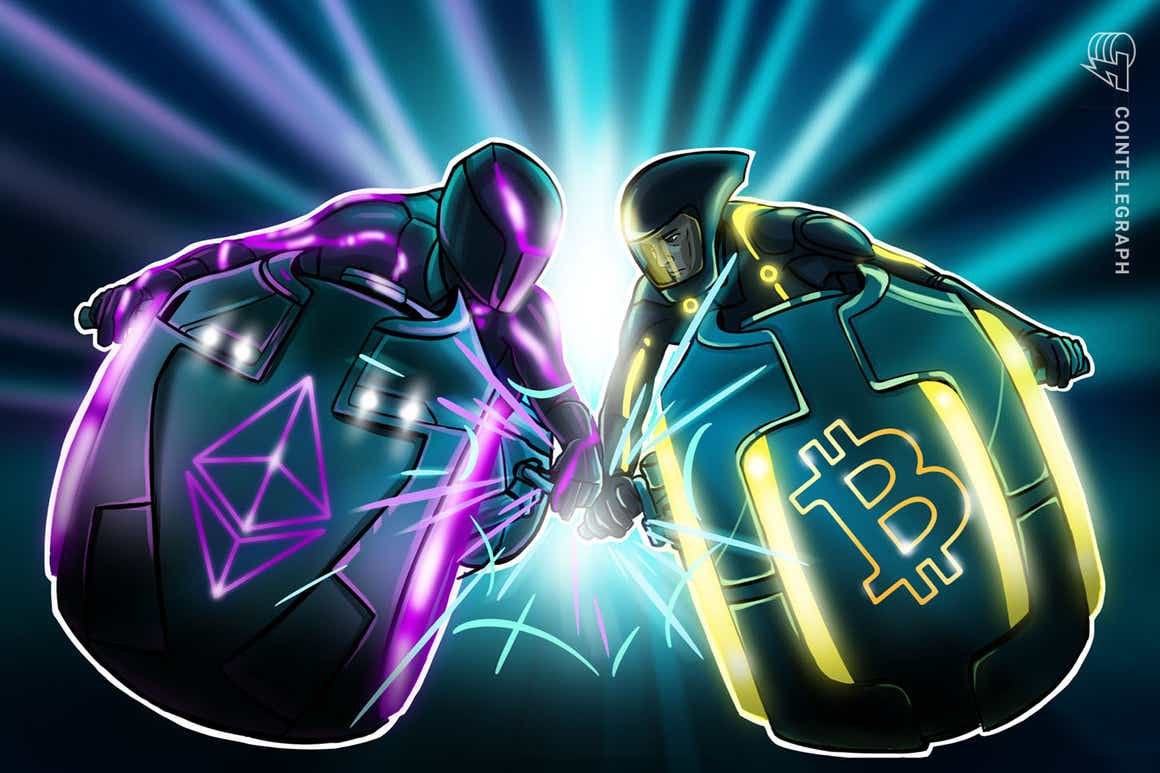 Ethereum’s Ether token (ETH) is due to launch a “parabolic” attack on BTC to beat all-time highs, one analyst believes.

Data from Cointelegraph Markets Pro and TradingView shows ETH/BTC sitting near three-year highs — but its next move should be even stronger.

Ether against Bitcoin (BTC) is one of the few bullish narratives in the short-term crypto markets this month.

In a tweet on Dec. 3, popular Twitter account Galaxy reinforced optimistic predictions for the largest altcoin, even suggesting that ETH/BTC is about to eclipse its already strong performance with a vertical move.

“I’ve been waiting and publicly charting ETH/BTC on the big picture for years, and now we are finally here,” he told followers alongside a predictive chart.

“$ETH is about to start going into parabolic mode. Just wait and see how crazy things are about to get.” ETH/BTC 2-week annotated candle chart (Binance). Source: Galaxy/Twitter

ETH/BTC reached 0.085 this week, its highest since a brief spike in May this year. Beyond that, only 2018 stands in the way of new all-time highs, that year nonetheless seeing a significantly higher ceiling of up to 0.15 on some exchanges.

In United States dollar terms, the picture is similarly promising, Ether having set repeated new records in early November and staying broadly within 20% of $5,000 since.

“This in theory should be the part where if strength continues we see that strong run based on structure,” fellow trader Pentoshi tweeted as part of separate comments on Ether Friday.

While not everything points to the $5,000 level falling, ETH/USD traded at around $4,550 at the time of writing.