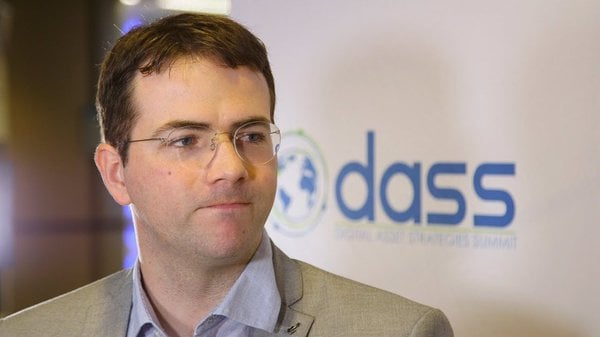 One of the biggest critic of ethereum has caved in, publicly announcing he is now buying eth after five years of bashing it.

“ETH/BTC technicals are looking bullish so I’m long. (I still think ETH has extremely problematic fundamentals),” said Tuur Demeester, a marketing guy of sorts that claims to be an economist and is known for horse blinkers support of Bitcoin Core.

He would have been kicked out of the ‘church’ even a year ago if he had said the same, but now he finds it fit to publicly announce this conversion to ethereumism.

That is probably because there appears to have been a significant shift in the attitude of bitcoin maxis as shown by Udi Wertheimer himself, who is kind of a marketing guy for Blockstream or works for them in some way or used to.

“Part of the Ethereum community 👉 @udiWertheimer,” says Joseph Delong, one of the chief priests of the now dying Bitcoin Core church.

To be fair, bitcoin maxis never had huge vitriol for ethereum, only some. They never missed an opportunity to bash it however, or to call it a scam.

But it all began to change probably when we introduced the then very nascent decentralized exchanges space that was just beginning to grow in ethereum in June 2018.

Decentralized exchanges have been a holy grail of sorts for bitcoiners since the very beginning, with blinkered bitcoiners around that time probably starting to look more and more at eth.

They’re coders, many of them, and so they probably began to see eth is a fine project at a coding level, and that there are things you can do on it which you can’t on bitcoin.

Yet some Blockstream developers we’ve spoken to, although more last year than this year, still tend to see just the letters ethereum themselves as some dirty word, but not all of them or anywhere near it.

Then there are some who more for public consumption claim ethereum has no unique point because apps don’t need censorship res...