There may be an enterprise blockchain arms race brewing in Latin America.

LatamLink, an alliance of three organizations involved in the launch of the EOS public blockchain in 2018, is now busy integrating the EOSIO software for enterprise uses. The group seems to be competing for business in the region with ConsenSys, a globally distributed outfit focused on all things Ethereum.

Up for grabs is LACChain, a blockchain framework that has the backing of the Inter-American Development Bank (IDB) and a host of public and private entities across Latin America and the Caribbean.

ConsenSys set up a Besu testnet for LACChain early last year, to create infrastructure that is both public and permissioned, where necessary, to accommodate digital identity and tokenized fiat money. It’s meant to enable use cases in government procurement, land registry programs, social impact projects and so on.

The Latin American EOS contingent is a voluntary alliance put together by EOS Costa Rica, with EOS Argentina and EOS Venezuela as founding members. All three organizations have experience running EOSIO infrastructure and were genesis block producers during the EOS mainnet launch, for which EOSIO creator Block.one raised over $4 billion in a protracted token sale.

Now EOS Costa Rica is set to unveil a testnet for LACChain, setting off a blockchain beauty contest of sorts between the two technology tribes – one that may ultimately lead to the beginnings of EOSIO-Ethereum interoperability.

“They [LACChain] can see if there is interoperability between the protocols, or choose one over the other,” said EOS Costa Rica co-founder Edgar Fernández. “You can see them side by side.”

For his part, Fernández said it’s not going to be a “winner takes all” battle to see which will be the preferred mainnet option. Certain apps or use cases may be better suited to Ethereum; others mig... 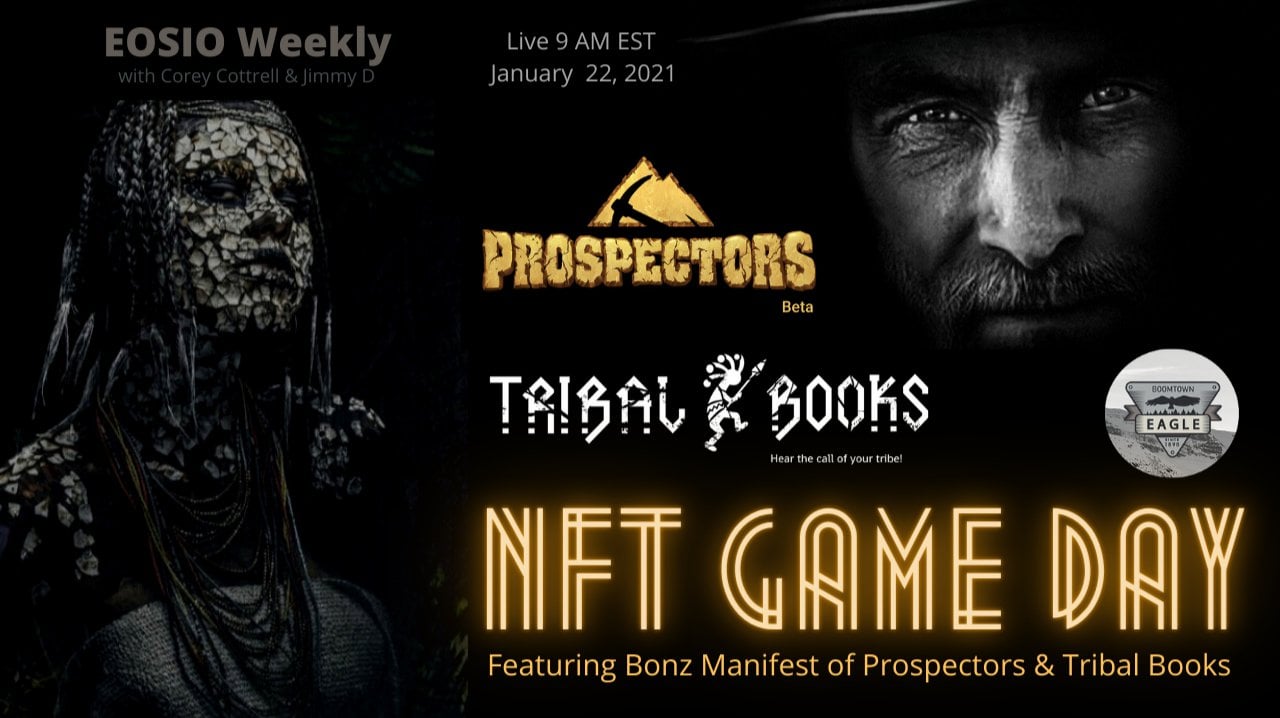 Corey Cottrell &amp; Jimmy D are super excited to welcome Bonz Manifest of Prospectors.io and Tribal Books for this week’s episode of NFT Game Day.  The NFT and gaming space is something that we are a...