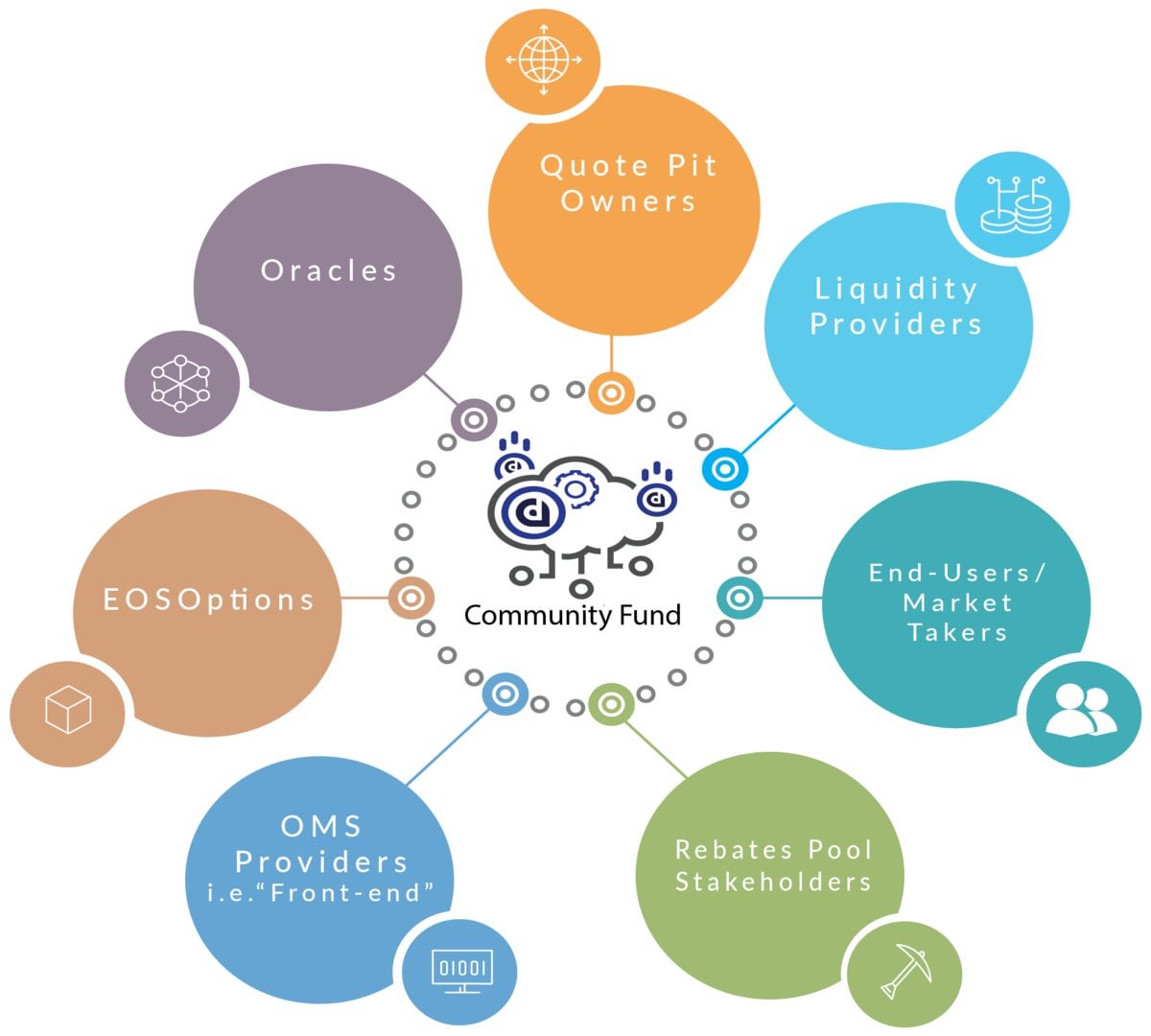 EOS Options: “Taking the Robbing out of Robinhood: The Negative Fee Model for Financial Markets”

Taking the Robbing out of Robinhood: The Negative Fee Model for Financial Markets

EOSOptions is excited to announce we have developed an innovative market microstructure which eliminates the incentives for collusion between Brokers and Liquidity Providers (LPs) against customer order-flow.

Brokers like Robinhood and institutional LPs such as Citadel Securities have made headlines recently, highlighting their potentially parasitic relationship with retail traders.

In order to balance the natural incentives between different stakeholders in the market, EOSOptions has modified the legacy no-fee model to become a negative fee i.e. traders (end-users) receive a payment for each trade in proportion to the size of the trade.

Similar to the no-fee model, EOSOptions’ LPs pay a per-trade fee, i.e. the flow fee, for the privilege of matching against order flow. Unlike legacy markets, however, this fee is split amongst all other stakeholders in the market.

Stakeholders (minus LPs) are rewarded from two sources of revenue:

A per trade reward, financed by a flow fee from the LP which matched against the trade A bonus award paid out at a known interval (enabled by the Community Fund, described below)

This is enabled by blockchain technology such as the DAPP Network and EOSIO software, preserving the core principles of traditional market microstructures which are the foundation of free capital markets.

This creates a fairer system which acknowledges the existence of different classes of stakeholders and provides the incentive for each class to work together globally, while competing to earn the most within their particular niches in the market.

At the heart of this system is the Community Fund (CF). The CF is funded from two sources. Firstly, a percentage of LPs’ flow fees accumulate in the fund after each successful match.

Secondly, since EOSOptions requires participants to stake a certain amount of DAPP tokens as...