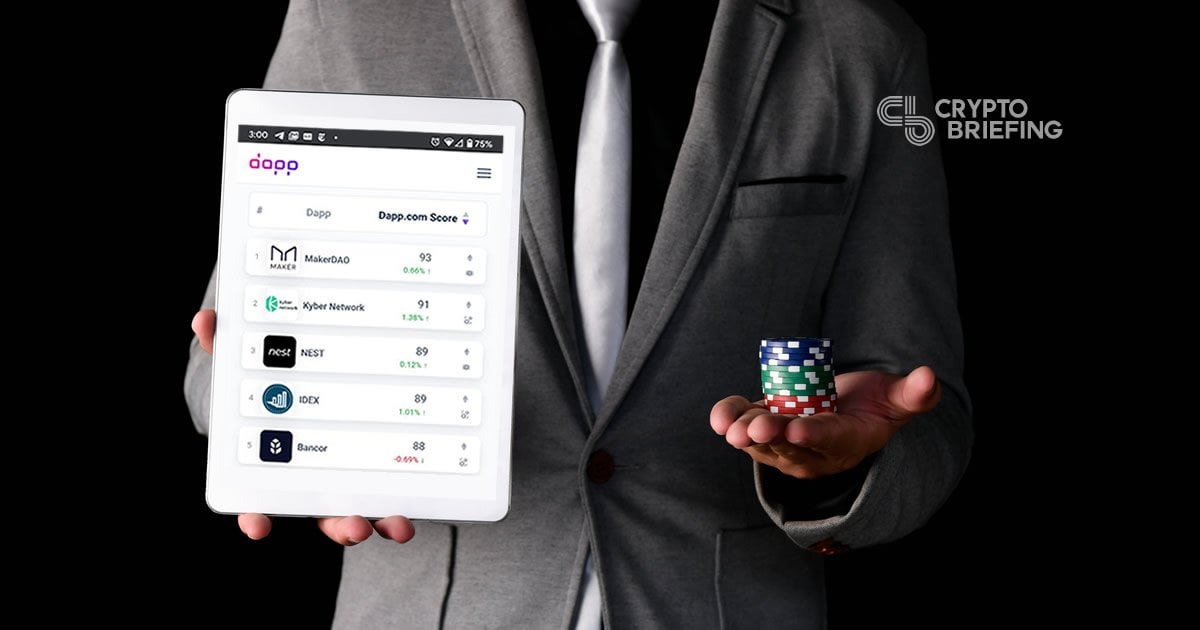 EOS has the highest retention among DApp platforms, but a lot of it is gambling

DApps are only gaining traction slowly – and in some cases losing ground – but DeFi may accelerate the use of blockchain. That’s the TLDR of Dapp.com‘s Decentralized Application Trends Report for Q3 2019, released today.

The report highlights several worrying trends for dApps in the third quarter, which posted significantly lower figures than the previous period. The report analyzed dApps on six platforms it deemed to be mainstream, which included Ethereum, EOS, Steem, TRON, TomoChain and IOST.

Total transaction volume over this period added up to $2.03 billion, which may seem like an impressive number, but is actually a 40% drop compared to Q2.

DApp developers also seem to have taken a few chill pills: while in the first half of the year they averaged creating 164.6 new dApps every month, in the three months of Q3 they released less than 150 in total. Users have likewise cooled off, with only 36% of Q2 dApp users having used them even just once in Q3.

While these are discouraging statistics, it may be a growing pain on the path to something greater. Compared with the 2018 report, we see much less of a dominance for gambling and pyramid schemes – and more of sound Decentralized Finance.

Where one buzzword falls, another one takes its place. Decentralized Finance has seen huge growth in Q3, and the vast majority was picked up by Ethereum. Over $525M passed through DeFi services this quarter, and Ethereum accounted for 88% of the total volume.

A distinction can be seen even in ETH-only stats, where finance accounts for a much larger proportion of its volume than for other blockchains.

DApp volume on Ethereum by Dapp.com

DeFi, exemplified by projects such as Maker, InstaDApp, and Nest, has been largely dominating the volume charts this quarter.

The sharp increase of the High-risk category (a more polite version of scam) is likely attributable to the Fair...