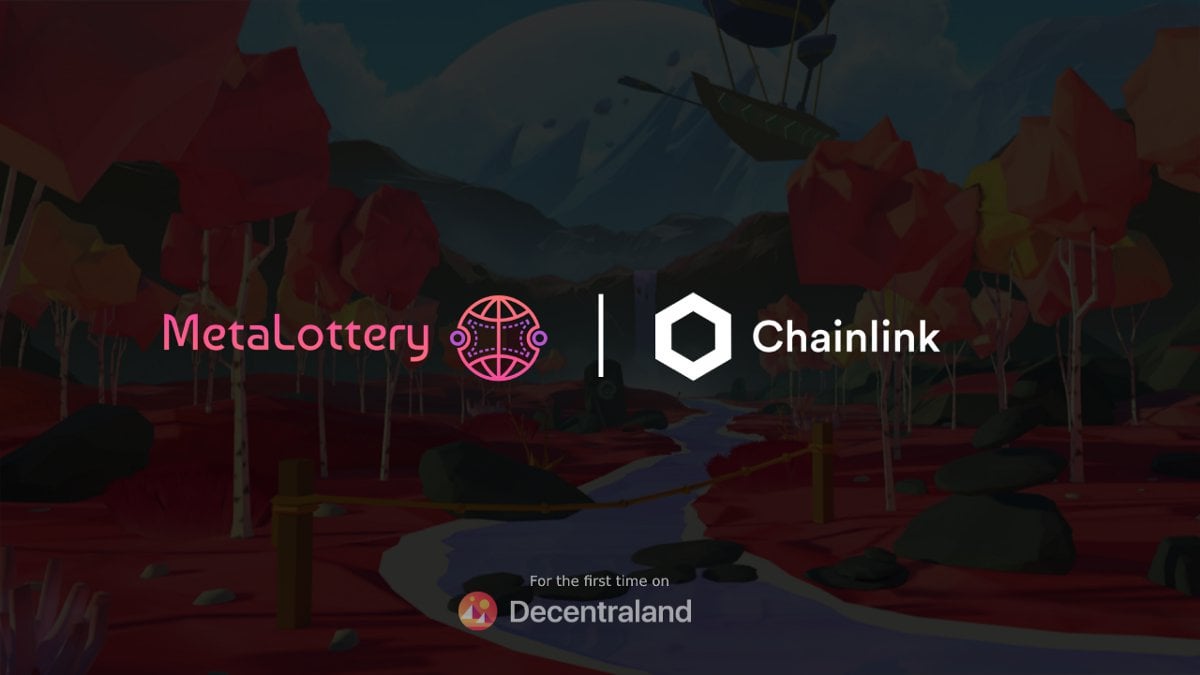 Metalottery is thrilled to announce that we have integrated Chainlink Verifiable Random Function (VRF) on Ethereum mainnet. Chainlink VRF is a highly secure and reliable random number generator (RNG) solution purpose-built for smart contract applications, providing users with cryptographic proof that the randomness is generated in a tamper-proof manner. Through Chainlink’s industry-standard oracle network, our users can now verify that all winners were selected in a provably fair manner, creating a level playing field and an equally competitive experience for all participants.

Our application is built on the Decentraland platform, which itself runs on Ethereum mainnet. The total prize amount within the self-filling pools increases with every ticket sold. Currently, 93% of ticket sales go in the self-filling pools, while the other 7% goes to the team to help finance future improvements, such as new games and deployment on other chains. The percentage of the tickets sales that go in the pool can be increased but never decreased. You can access Metalottery directly on Decentraland by following this link: https://play.decentraland.org/?position=-36%2C28.

Metalottery’s smart contracts require a random number input to select a winner. Before Chainlink VRF, decentralized applications would generate random numbers using supposedly random blockchain parameters as inputs, such as block hashes. However, not only are these parameters predictable, but blockchain miners could also manipulate the RNG by neglecting to publish blocks with block hashes that led to unfavorable outcomes. Other smart contract applications would rely on centralized off-chain randomness providers, but these were also problematic as they required users to place their trust in an opaque process.

To solve these problems, we needed a source of blockchain randomness that was both t...