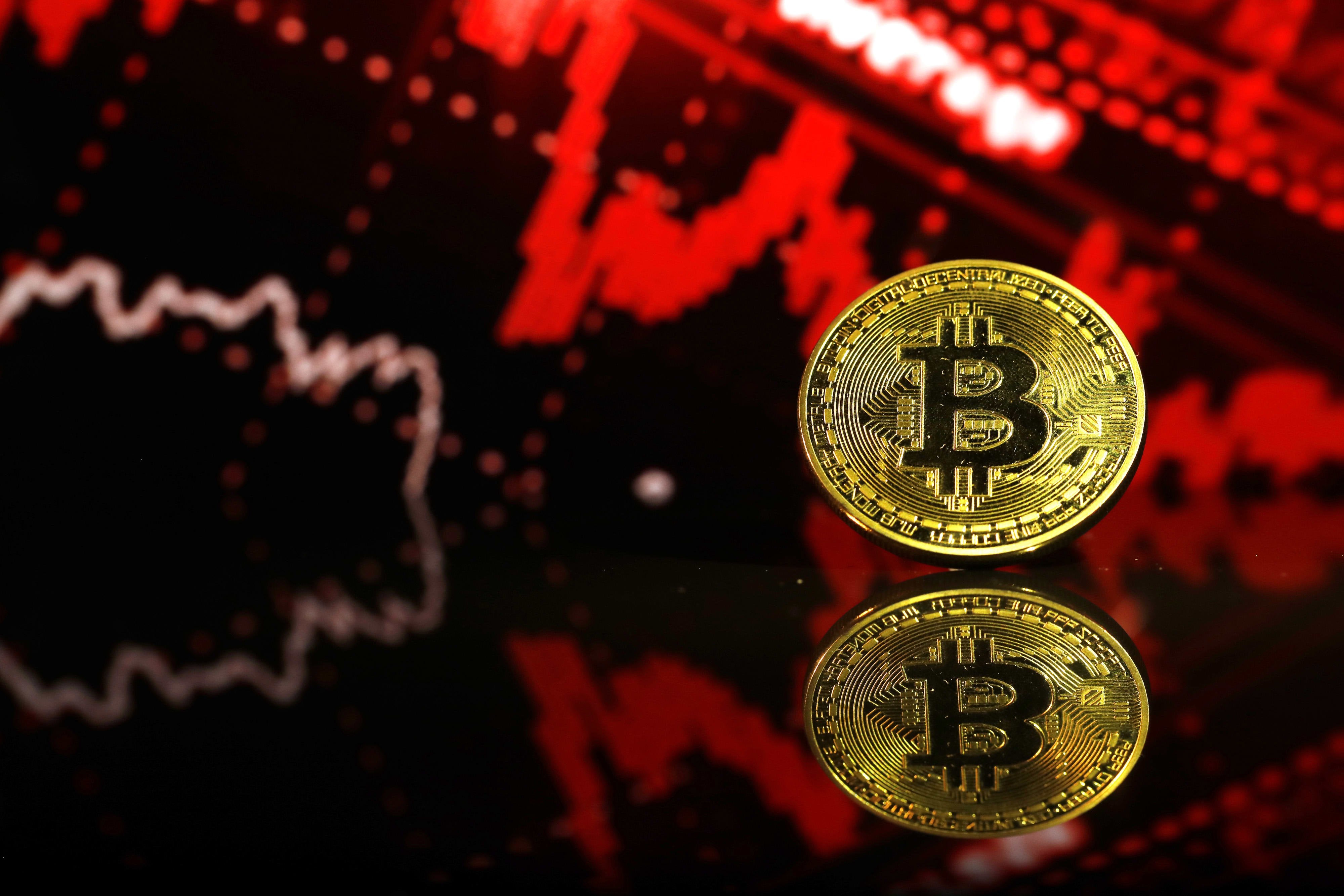 Bitcoin prices fell sharply amid the global sell-off in equities.

Bitcoin is often called a safe-haven asset, but its price tends to go down with broader declines in risk assets. Bitcoin's rally this year has coincided with the risk-on rally and, much like stocks, the cryptocurrency is prone to sharp declines in September.

Bitcoin lost as much as 10% on Monday morning. It was last down 7% at $44,075.90, according to Coin Metrics. The broader crypto market is in the red too, with ether down 7% to $3,113.02, as are crypto-adjacent stocks. Coinbase and Microstrategy lost 4%, while Square slipped by 3%. Riot Blockchain and Marathon Digital fell 6%.

"This sell-off is the continuation of a well-established pattern where traders cash in their riskier assets to cover margin calls or sit on the sidelines until markets calm down and they feel more comfortable going back into riskier positions," Valkyrie Investments CEO Leah Wald told CNBC. "If ever bitcoin had the opportunity to establish itself as a safe haven or as digital gold, with U.S. companies also signaling their earnings calls are going to reveal poor results, now feels like the time."

Jim Paulsen, chief investment strategist at the Leuthold Group, said that although bitcoin tends to dip with the broader markets, that doesn't mean it has any correlation to stocks and went further to say that correlation is "virtually zero."

"That doesn't mean bitcoin can't go down with stocks â and I agree that it often does â but I think it goes down differently than stocks," he told CNBC. "To me it's a very diversifying asset against most of the other things in the portfolio. That in itself can lend itself to lower volatility, but it doesn't necessarily mean that it won't participate in risk-off periods. There'...