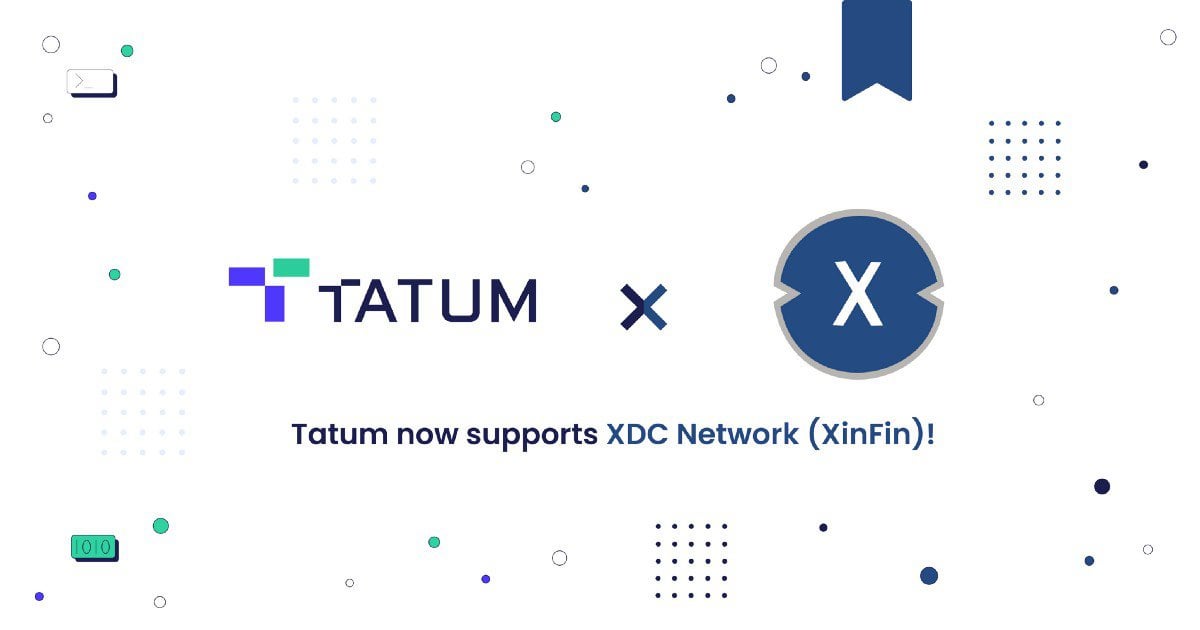 As far as hybrid blockchains go, the XDC Network is leading the pack in terms of security, speed, transaction fees, and scalability. Now, the blockchain has been integrated into Tatum, allowing you to build your applications on it without having to run any nodes or learn to code for the blockchain itself.

The XDC Network is built for global trade and finance applications. It uses a unique and exceedingly energy-efficient Delegated Proof of Stake Consensus network (XDPoS) that leverages the power of stakeholder approval voting to resolve consensus issues in a fair and democratic way. With near-zero gas fees and blazing fast transaction times, the network can handle anything that is thrown at it, for a fraction of the price of other blockchains. With full EVM compatibility, developers who are already comfortable with Ethereum will have no problem getting acquainted with the XDC Network.

Thanks to its ISO20022 standard compatibility, the XDC Network is readily equipped to integrate with existing financial and banking systems to transform legacy, single-point-of-failure operations into distributed and decentralized systems. All validating nodes are KYC compliant, so financial institutions can rest assured that their customers and users fall within the acceptable standards for identity transparency and anti-bribery regulations. Thanks to the hybrid architecture of the network, institutions can run their own nodes to store private data while still validating specific datasets on the public side of the blockchain, giving them the best of both worlds in terms of blockchain functionality and data privacy.

Have a look at how the XDC Network’s performance stacks up to Bitcoin and Ethereum:

The XDC Network has already made big steps towa...