A Complete Beginner’s Guide to Waves

Waves is a platform which bills itself as “Blockchain for the people” and is designed to let users store, trade, manage, and issue their own digital assets in a secure and simple manner. The platform provides benefits to investors, traders, developers, and organizations in general, each of which receive advantages in different ways.

The Waves Platform was founded in 2016, by Sasha Ivanov, with the mission of reinventing entrepreneurship across the world via a shared infrastructure. This infrastructure offers tools that are highly functional and simple to use and that allow every person and organization access to the blockchain.

For developers who use Waves, the platform delivers high network throughput capacity along with low transaction fees and low latency. Wave allows traders to store their assets securely in their local lite client. At the same time, they can trade their assets safely and quickly using the decentralized exchange that is built into the platform.

Organizations are able to issue their own blockchain tokens to help jumpstart their business, whether that is via voting, loyalty programs, crowdfunding, or something else.An example of this is seen with the recent release of the “Whopper Coin”, a Cryptocurrency issued by Burgerking in Russia which uses the Waves platform.

Another important part of Waves is their own Decentralized Exchange ( DEX ) which allows users to trade their tokens — including WAVES, BTC and any other assets issued on the Waves platform — completely trustlessly and without having to move their funds to a centralized exchange.

What Are the Waves Client And Wallet?

The Waves Client is an extension for your Google Chrome browser or you can simply visit WavesWallet.io, it acts as the decentralized exchange that lets you release tokens and also stores your Waves tokens.

A user’s wallet is a blockchain address that only that person has access to and control of, ensuring no one else can acc...

CryptoCurrency Academy AMA with Muna Founder: A Way to Save USDN and Earn Interest Daily 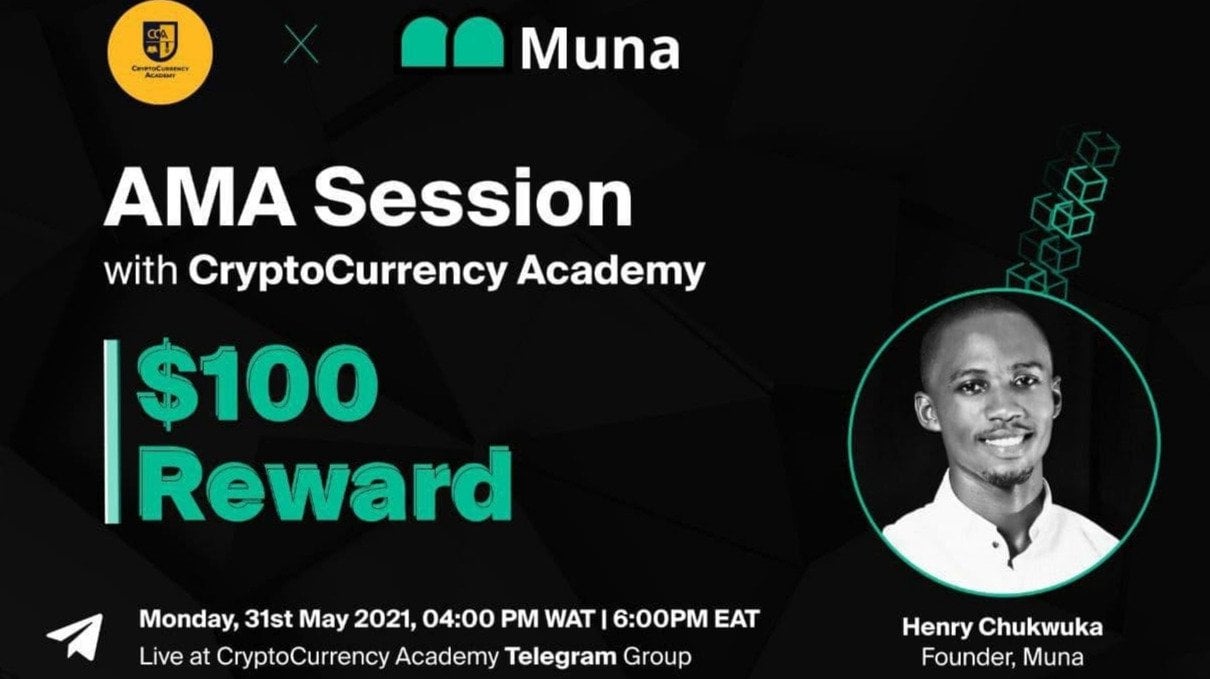 CryptoCurrency Academy AMA with Muna Founder: A Way to Save USDN and Earn Interest Daily

Here’s the third AMA (Ask Me Anything) CryptoCurrency Academy (C.C.A) had with Muna Founder, Henry Chukwuka on May 31, 2021, 3:00 (UTC). Muna is a simple and safe crypto savings app that rewards saver...