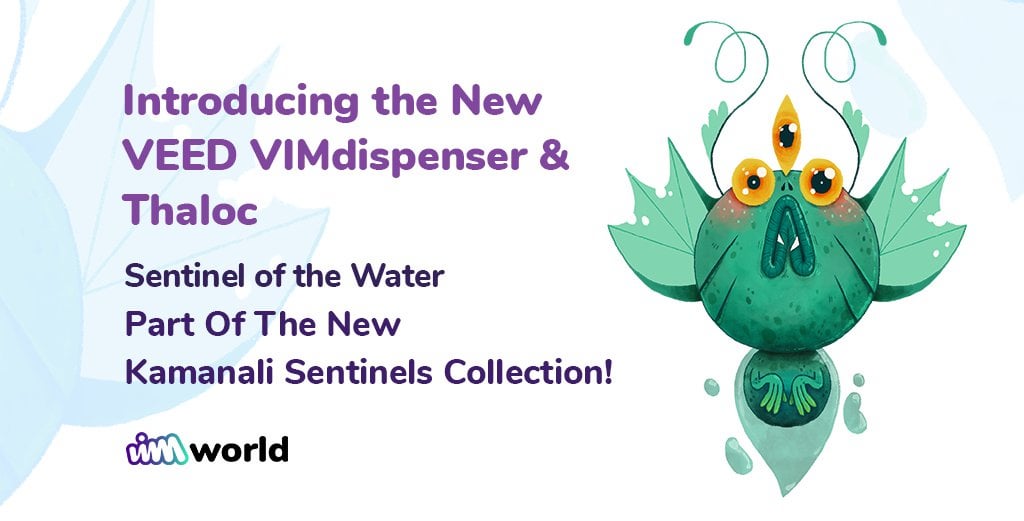 The VIMdispenser is officially making a comeback, and this time we’ll be switching over to our native currency, VEED! And what more perfect way to celebrate the return of the VIMdispenser than with the arrival of a brand new VIM Collection!

Today, we are incredibly excited to announce the debut of Thaloc, a member of the brand new Kamanali Sentinels Collection!

The Kamanali Sentinels Collection were inspired by Mesoamerican mythology and culture, and were designed by Douglas Rodas, an award-winning creative artist and illustrator from El Salvador.

Thaloc will be the first of five VIMs in a special collection with unique intertwining mechanics and utilities in future progressions of the VIMworld ecosystem.

Kamanali (or ’myth’ in Nahuatl) is a mythical region located in the Olmec, home to one of the greatest prehistoric civilizations and a place said to house nature spirits harbouring vast volumes of elemental power.

In the VIMworld Universe, where spacetime buckles and paths between worlds and dimensions spontaneously form, the Great Spirits of Kamanali, apparitions from the dawn of creation itself, find themselves thrust into unfamiliar realities. In their image, Sentinels are born. Reclusive, and often hiding in spiritual form, they are all but invisible to mortals, perceptible only to those trained in the ancient arts and wielding high spiritual energy. As such, Kamanali only seemingly exist in folklore passed down through the aeons.

Kamanali Sentinels are Avatars — beings that draw power from the great elemental spirits of the Kamanali region. Within their domains, they wield great powers that make them insurmountable to would-be foes. Members of this troupe include an Earth Sentinel, whose fortitude helps guard the great secrets o... 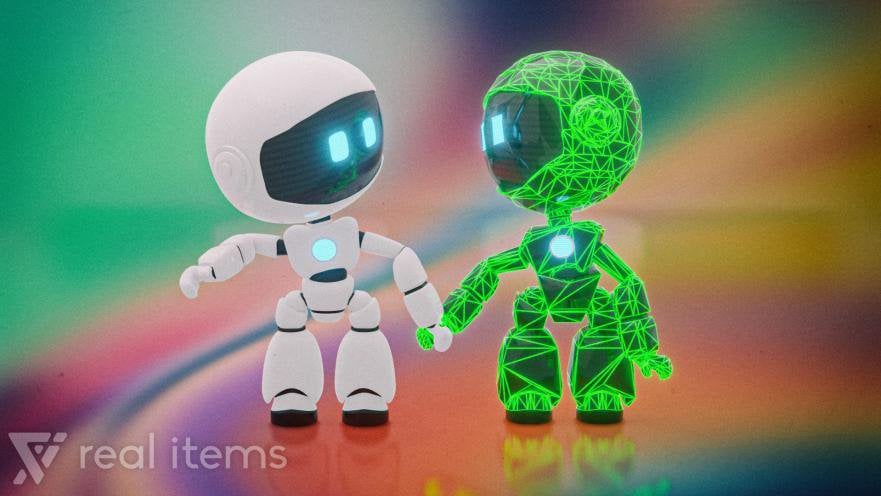 The future of all things physical is PHYGITAL   Trust forms the basis of our global society. Trust makes people feel safe and belong to groups, which allows us to live and work together. In a business...