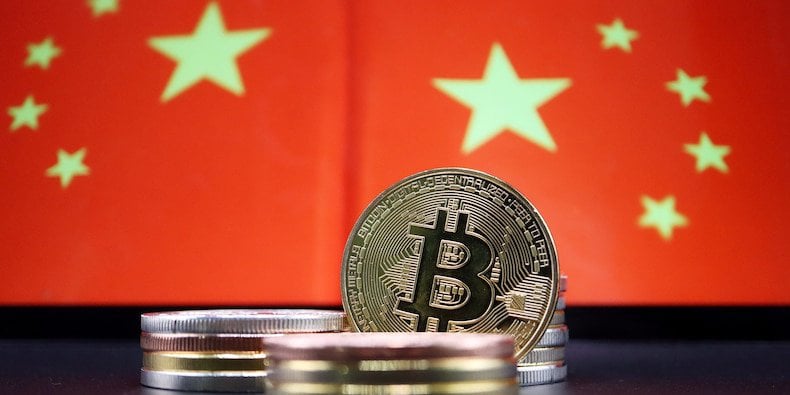 So, does this mean VeChain is the only legal cryptocurrency in china?

China is increasingly cracking down on bitcoin. Florence Lo/Illustration/Reuters The People's Bank of China said Friday that all cryptocurrency-related transactions are illegal. The central bank said cryptocurrencies "are not legal, and should not and cannot be used as currency in the market." It also banned foreign exchanges from providing crypto services to local residents in China's biggest crackdown move yet. Sign up here for our daily newsletter, 10 Things Before the Opening Bell.

China's central bank declared all cryptocurrency-related transactions illegal on Friday, and said foreign exchanges are banned from providing services to Chinese residents, in its strongest crackdown move yet on the digital asset industry.

Coins such as bitcoin and ether "are not legal and should not and cannot be used as currency in the market," the People's Bank of China said in a statement.

Virtual currencies do not have the same legal standing as fiat currency as they are issued by non-monetary authorities and use encryption technology, it said.

The PBOC also said all crypto-related transactions are not allowed under the law.

Activities considered illegal cover a range of operations, such as buying and selling virtual assets as a central counterparty, and providing intermediary or pricing services for crypto transactions. It also includes token issuance financing, crypto derivatives transactions, and other activities suspected of illegal sale of tokens.

"Those who carry out related illegal financial activities (that) constitute a crime shall be investigated for criminal responsibility in accordance with the law," it said.

The central bank specifically called out the ser...