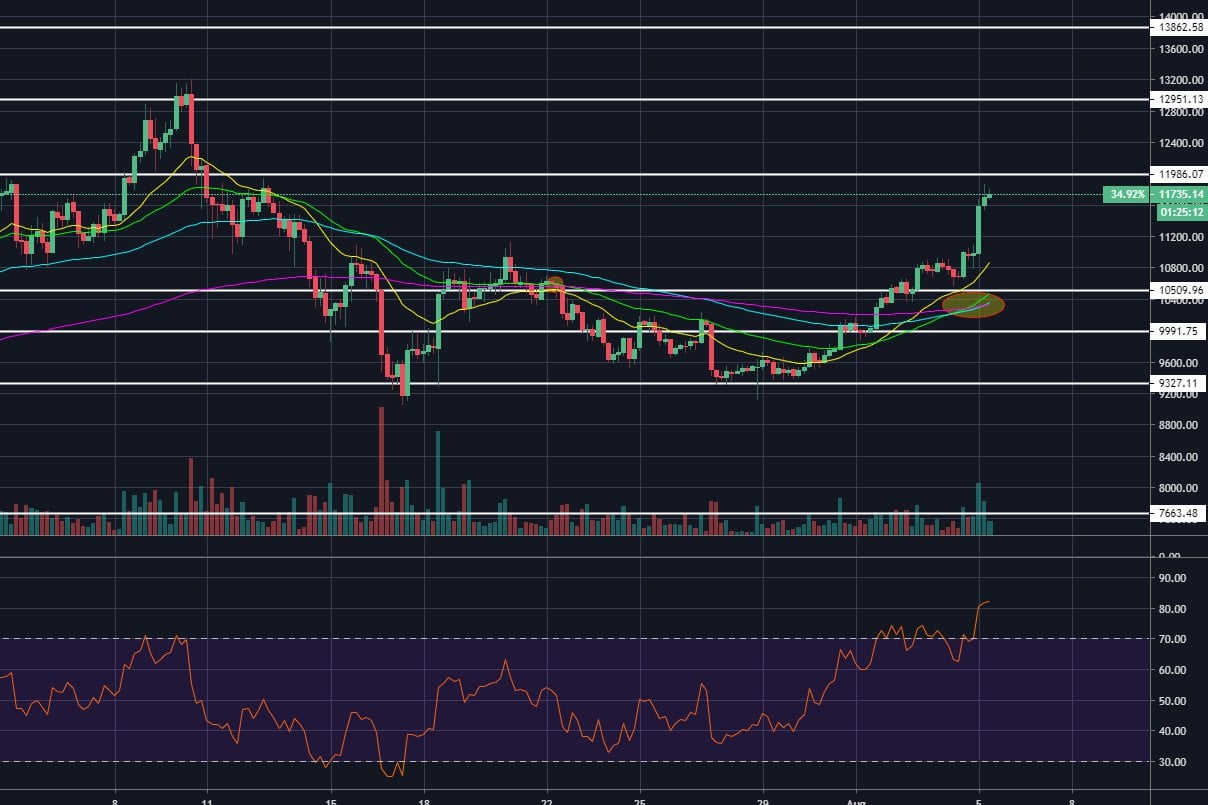 The price of Bitcoin has risen by more than 25% in the past week, with BTC spiking to the $11,800 level of resistance after experiencing a golden cross on the four-hour chart.

The significant rally to the upside comes after a lull in the price of Bitcoin, with the world’s largest cryptocurrency falling to as low as $9,150 at the start of last week.

Coin Rivet reported on Bitcoin’s impending death cross when price was at $10,650, hours before a 15% decline in price.

However, the 50 exponential moving average (EMA) that crossed the 200 EMA to the downside has now crossed back to the upside, culminating in an optimistic golden cross on the four-hour chart.

This is undoubtedly bullish for Bitcoin and the cryptocurrency asset class as a whole, which has regained an overall market cap above $300 billion for the first time since July 14.

But this isn’t an indication that a breakout above $11,800 is a forgone conclusion. It has proved to be a bitter level of resistance dating back to the start of 2018 and could present a key shorting opportunity for seasoned traders.

From a bullish perspective, Bitcoin needs to break above the prior high at $13,000, although the $12,500 level should also present a key test.

The daily RSI has been healthily ticking up since the turn of the month, but it still has a long way to go before touching the yearly high of 87 – currently, it’s at around 64.

If Bitcoin can break past $13,000 on significant volume, it seems likely that a new yearly high above $14,000 will be breached within the coming weeks.