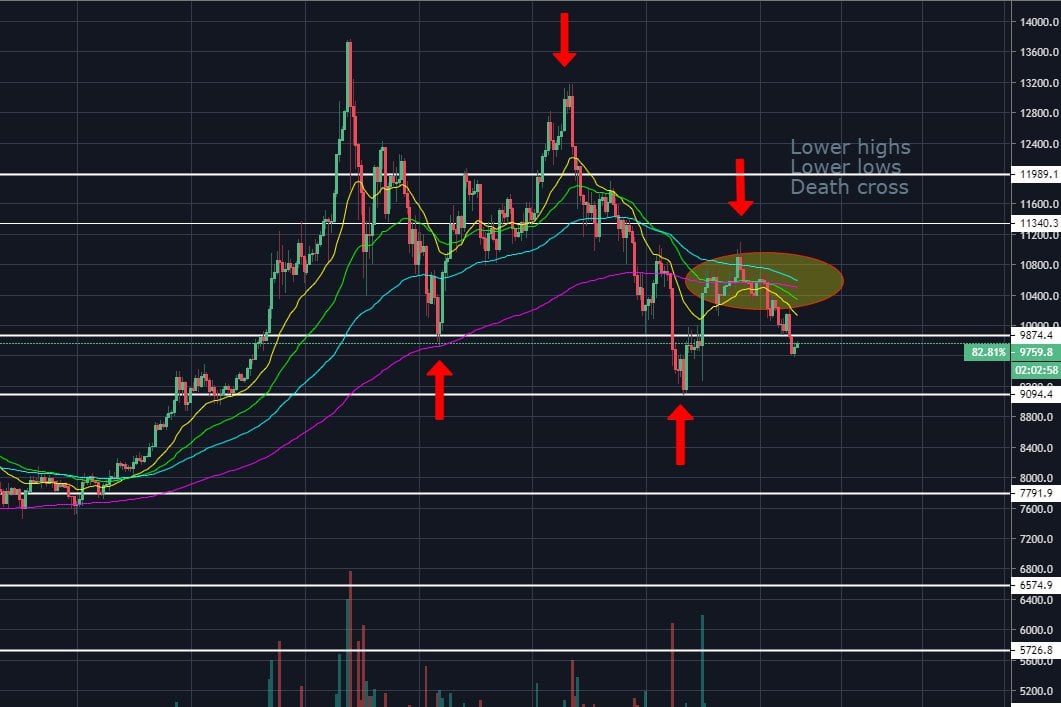 Bitcoin has experienced yet another negative slump in price, with more than $18 billion wiped off the asset’s market cap since the dreaded death cross on the four-hour chart.

On Monday, Coin Rivet reported that the death cross was beckoning as price hovered within the $10,200 and $10,650 range.

Just hours later, the death cross – where the 50 EMA crosses the 200 EMA to the downside – came to fruition. Price proceeded to fall to test the $10,000 level of support before breaking it to the downside.

Bitcoin has since managed a slight bounce from the $9,580 region, although short-term momentum has almost certainly shifted, indicating a further fall in price over the coming days.

$BTCUSD beginning to look a bit like the start of 2018 here. Lower highs, lower lows and a four-hour death cross. The bulls need to buck up their ideas rapidly to save Bitcoin from falling back into the mid 8k's and potentially lower.$crypto pic.twitter.com/FYUfguH2os — Oliver Knight (@KnightCoinRivet) July 24, 2019

Coupled with the death cross, Bitcoin has put in three lower highs and three lower lows. This is typically indicative of a reversal similar to what was seen at the start of 2018.

The previous four-hour death cross on September 8 last year culminated in a 56% drawback for the price of Bitcoin. While a drop of that extent seems unlikel...