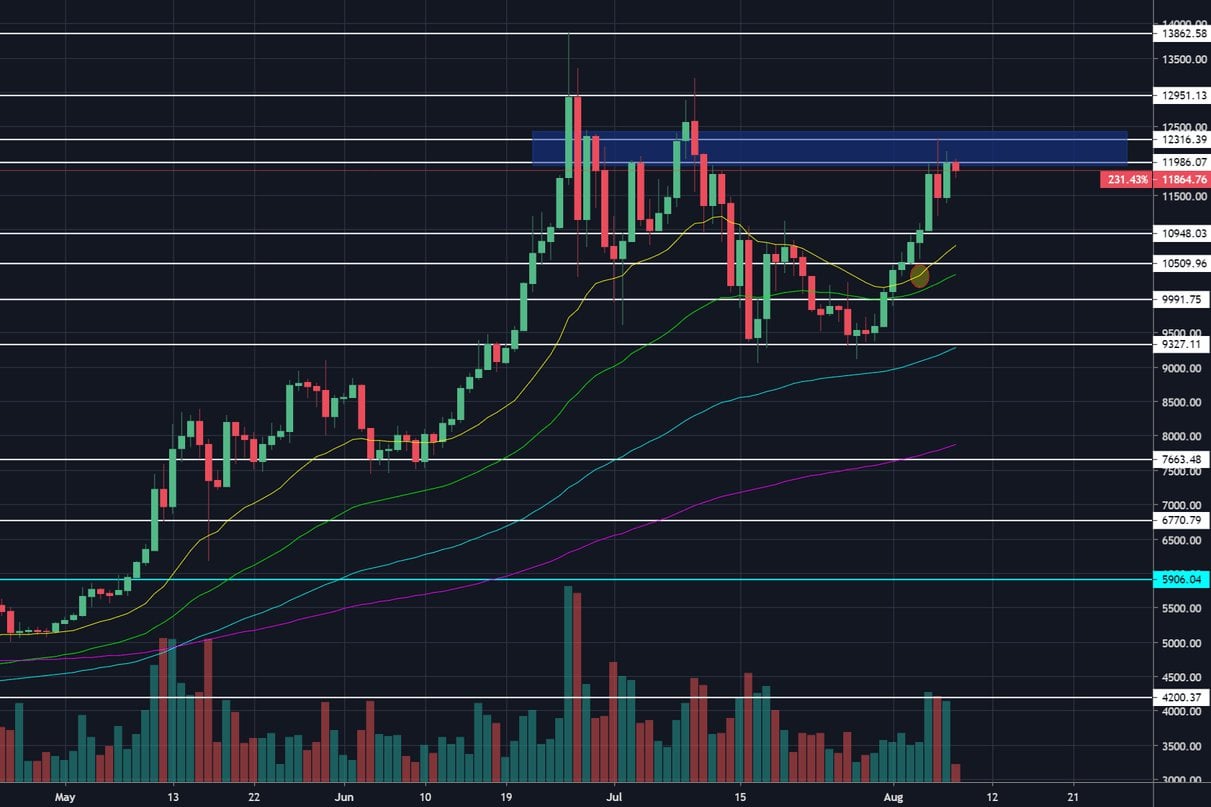 Bitcoin has experienced a tremendous week of upside price action, rising from $9,150 all the way to above $12,000.

The volatile and unreliable price action has made Bitcoin difficult to trade over the past week, but this level of uncertainty could be exactly what Bitcoin needs to drive it past $14,000 to new yearly highs.

Market uncertainty typically results in a lack of order book blocks and subsequent liquidity. This means that if Bitcoin manages to surge past resistance levels at $12,350, $13,000, and $14,000, it should have no issues in making an all-time high before the end of the year.

The daily relative strength index (RSI) faced a slight correction but is now firmly weighted to the upside at around 64. Both short-term and long-term exponential moving averages are also all pointing to the upside, suggesting that momentum across all time frames is almost certainly up.

One of few bearish signals is the fact that the daily stochastics have crossed to the downside after hitting the same point as the correction on June 24. However, it is conceivable to see them cross back to the upside in the coming days if price can be sustained at around $11,800.

The $11,800 level has been a historical hurdle for Bitcoin. In November 2017, a daily doji candle signalled an incoming reversal having spiked to that level, although Bitcoin bucked the trend by spiking to $20,000 within a month.

On the way back down in 2018, the $11,800 level was a critical level of resistance on multiple occasions, culminating in a double-top in February and March that eventually saw the price of Bitcoin fall by 43% in the following month.

However, if this level can be broken with conviction and support can be gained above it, it could act as the ideal spring platform to catapult Bitcoin to new all...

Introducing DEB - Aspiring Ride-Share Platform built on Stellar Network. We will be applying for Round 6 SCF funding! All comments/advice greatly appreciated.

Why should ADA stake holders care about Saturated Pools?