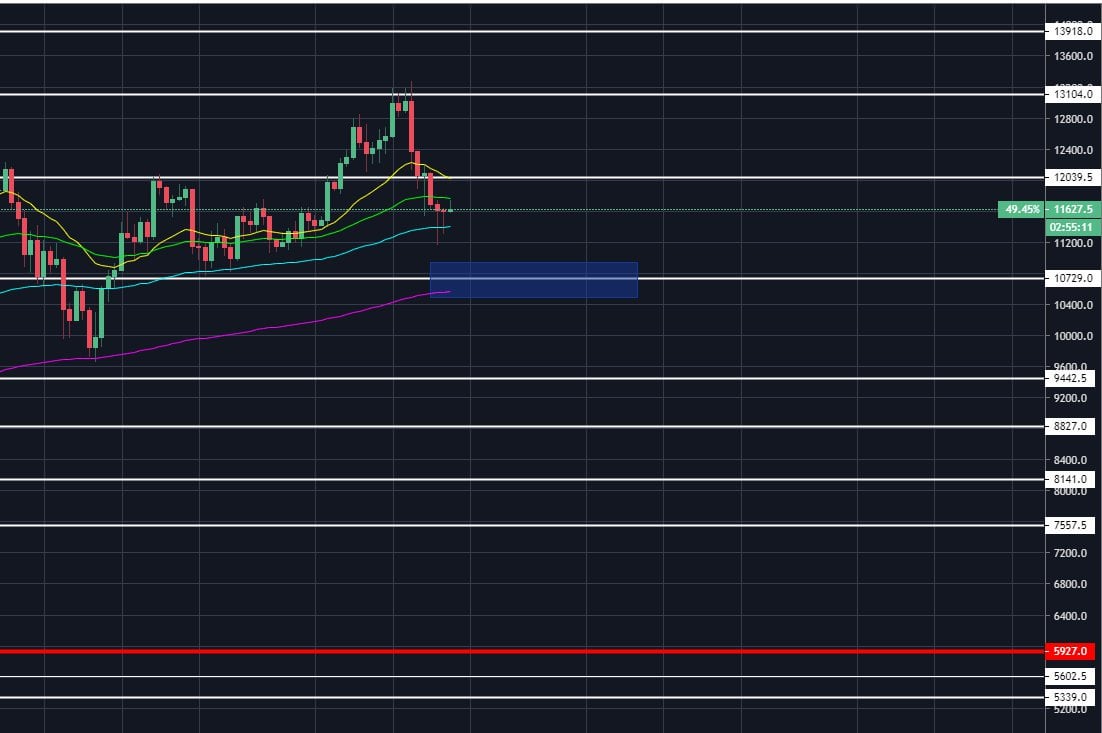 Bitcoin finds support at $11,500 after slumping 11% amid Libra concerns

Bitcoin has responded to an overnight sell-off by finding support in the $11,500 region.

The world’s largest cryptocurrency, with a market cap of $207 billion, was rejected from the $13,000 level immediately after scathing comments from US Federal Reserve chair Jerome Powell in relation to Facebook’s Libra project.

Powell told the Financial Services committee that Libra posed “many serious concerns” in addition to worries about money laundering and privacy.

The purple circle is the exact time of the Fed's comments on Libra. pic.twitter.com/lYptaCohxf — Mati Greenspan (@MatiGreenspan) July 11, 2019

From a technical standpoint, if the $11,500 level of support breaks to the downside, Bitcoin can expect to slide to $10,700, which is in confluence with the 200 exponential moving average (EMA) on the four-hour chart.

The same moving average was used as support on July 2, when Bitcoin bounced off $9,600 before rallying 24%.

However, there is also a level of support at $11,500, so if Bitcoin can consolidate here, it would provide a good platform for a recovery in the coming days.

While Bitcoin has stuttered, it’s been a bloodbath for many of the market’s altcoins, with many falling by up to 20%.

The likes of EOS, Bitcoin Cash, and Tron were among the hardest hit. EOS in particular lost $1.3 billion in terms of market cap.

Bitcoin dominance now lies at around 65% as the purge of altcoins continues. It could rise to between 70% and 85% if previous market cycles are to be considered.

🎙️Don't miss #Tezos co-founder, @breitwoman, as she takes the digital stage for the first #TQuorum session on July 15.