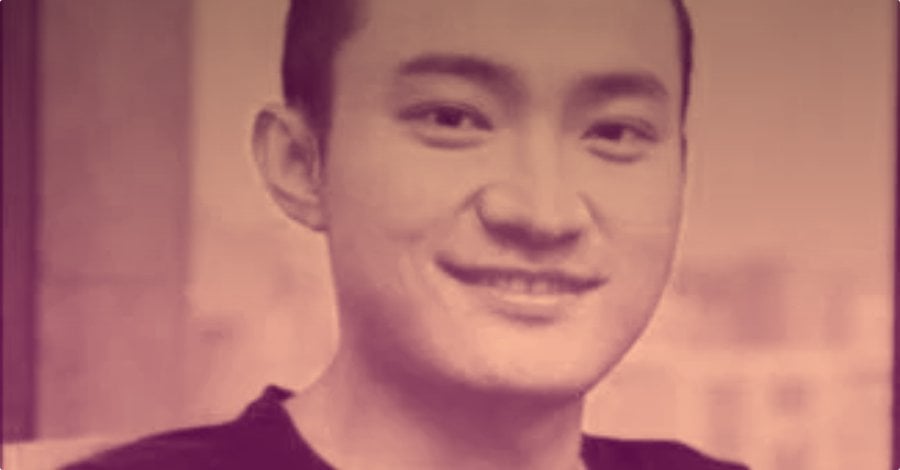 Is there a way for Justin Sun to get back from this? Maybe but it will be hard. Good luck Justin.

Are Chinese authorities preventing Tron CEO Justin Sun from leaving that country? Or is he in San Francisco healing from kidney stones, as he and his PR team insist?

But Sun, through his PR team, provided a “hashed” photograph, shown above, that appears to show him in San Francisco on Tuesday. And later in the day, he appeared to be livestreaming, via Periscope, from San Francisco, where  the Bay Bridge was visible over his shoulder.

Regardless of where he is, Sun has denied the Caixin report as “completely untrue,” according to YahooFinance reporter Krystal Hu. “I’m safe. When I recover, I will meet everyone. Didn’t mean to put you in worry!” Sun reportedly said via Weibo.

Lastest response from Justin Sun—"The Caixin report is completely untrue. I'm safe. When I recover, I will meet everyone. Didn't mean to put you in worry! " pic.twitter.com/j1tXsrfEA0 — Krystal Hu (@readkrystalhu) July 23, 2019

Multiple sources have also told Decrypt that Sun is indeed in San Francisco recovering from kidney stones, as he claims.

A photo of Justin Sun allegedly taken in San Francisco, hashed to prove its authenticity.More

Sun, who could not be directly reached for comment, has denied any wrongdoing via his Weibo account:

“The illegal fundraise accusation is wrong,” he said, claiming that Tron has always complied with Chinese law ever since ICOs were banned there in the fall of 2017. Indeed, Sun said, “the Tron foundation is based in Singapore in compliance with local regulations and laws. … and does not involve any flow of capital, or any crypto or fiat currency onramp.”

Today’s bizarre, back-and-forth news came on the eve of a lunch date ...