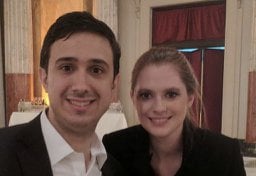 Some $XTZ love from a ex's blog

At BQT, our curated list of asset pairs is and will perpetually remain a work in progress. Now that we have entered cryptocurrency’s second decade, it’s critical that we look forward to the assets with the greatest growth potential. While not counting anything out, there are an even dozen which have attracted our attention. In this new series, we examine them, listed here in no particular order: Bitcoin SV, Matic, TRON, Cardano, Monero, Iota, Dash, Chainlink, Luna, Neo, Seele and, per this installment, Tezos.

Tezos is, as of this writing, the 10th-largest cryptocurrency. Trading under the XTZ symbol, it has a market cap of $1.4 billion, according to CoinMarketCap, of which a little over one-tenth trades daily. An XTZ unit is colloquially called a “tezzie”.

That market cap rose close to 5x between late October 2019 and mid-February 2020, before settling down to a more sustainable trading range.

Much of that spike came three key points, according to Cointelegraph, comprised of the Tezos platform’s project pipeline, the robustness of the technology already developed there, and the fact that the Switzerland-based Tezos Foundation is swimming in a sea of fiat money as well as tokens. Whispers suggest that last piece comes to about $600 million.

Tezos started in the spring of 2014 when newlyweds Arthur and Kathleen Breitman spent a significant portion of their honeymoon in France reading Vitalik Buterin’s Ethereum white paper. Gideon Lewis-Kraus did a great piece on this for Wired.

Arthur, ex-Morgan Stanley analyst Arthur was fascinated by the Ethereum platform’s ability to support dApps and smart contracts, but figured its governance model could be improved upon. He quickly put together his own white paper. It wasn’t until July 2017, though, that Tezos’s ICO raised a then-record $232 million, thanks in large part to Ti...