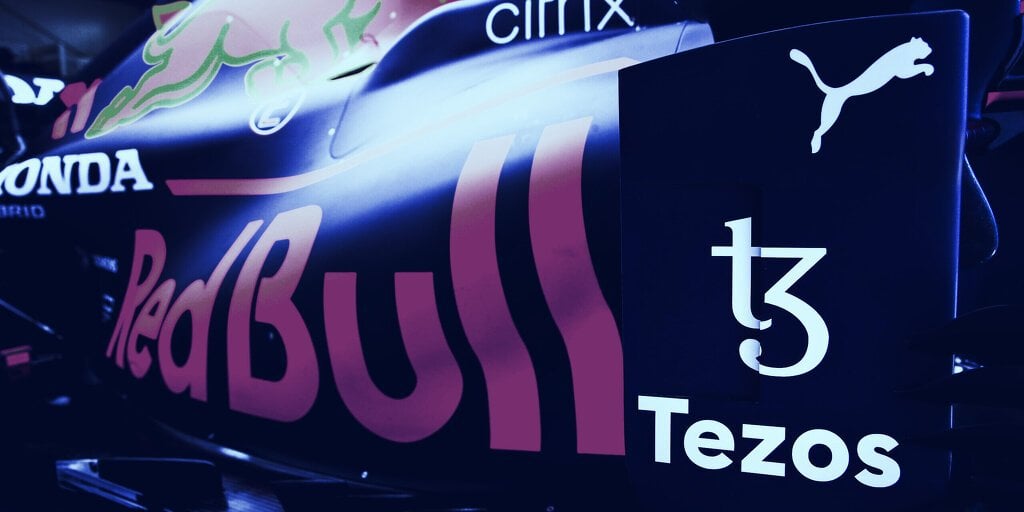 Tezos has become the official blockchain partner of Formula One team Red Bull Racing Honda and will be used to launch the organization’s original non-fungible tokens (NFTs), according to a press release shared with Decrypt today.

"Tezos will help us maximize our engagement with our fans through the development of NFTs," said Christian Horner, Red Bull Racing Honda team principal and CEO. "This is a hugely exciting space in which we’ve been looking for the right partner and in Tezos, we strongly believe we’ve picked a winner that will help us give our fans a new, unique, and innovative way to connect with the team."

Teaming up with the world’s most advanced blockchain 👊 Announcing a new multi-year technical partnership with @Tezos as our Official Blockchain Partner. — Red Bull Racing Honda (@redbullracing) May 20, 2021

NFTs have generated quite the buzz of late; the cryptographically unique tokens can be linked to digital content such as images and video, and they've exploded into the popular consciousness thanks to headline-grabbing art sales; popular digital artist Beeple sold his “Everydays: The First 5000 Days” piece at auction house Christie’s for $69 million earlier this year.

A number of sports organizations have also tapped the technology to create new ways for fans to interact with teams and players, most notably the NBA, whose NBA Top Shot NFT series has proven to be a runaway success. Soccer fantasy game Sorare, which also uses NFTs, has driven similar record-breaking collectible sales, while the UFC has filed for crypto-related trademarks after heavyweight champion Francis Ngannou made over half a million dollars from an NFT collaboration.

The NFT sector isn’t without its detractors, however. Many artists and researchers have been vocal about the environmental impact of using blockchain technology when minting their art pieces. Ethereum, another energy-intensive blockchain, is currently the go-to network for minting...