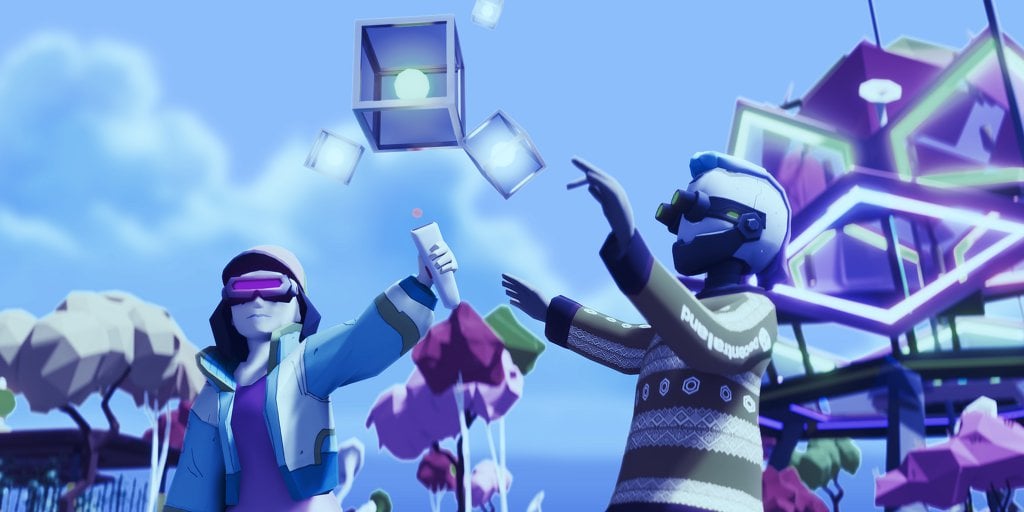 Facebook is planning to build metaverse "responsibly" in the next 10 to 15 years. We should try to reach out to them to use the Tezos blockchain! A massive virtual world like that would definitely need to be green!

In brief Facebook will spend $50 million over the next two years on metaverse-related initiatives and partnerships. The metaverse refers to shared online spaces that can be used for social interactions, work, games, and more.

Facebook co-founder and CEO Mark Zuckerberg said in June that the social media giant is on a path to become “a metaverse company.” Now the firm is putting its money where its mouth is, revealing plans to spend $50 million over the next two years to help bring the metaverse to life.

Today, Facebook announced the XR Programs and Research Fund, a two-year initiative to fund both its own projects and external research as the firm explores the future of online social interactions. It’s a “starting point” for Facebook, per the announcement, as it attempts to co-create the future online metaverse.

What is the metaverse? It’s a term that we hear often in the crypto industry, especially as decentralized projects attempt to create future online worlds and experiences free from the oversight and control of centralized entities—like Facebook, for example.

Essentially, the metaverse refers to shared online spaces in which users—represented by 3D avatars—coexist and interact together. It has been represented in such media as “Snow Crash” and “Ready Player One,” and Ethereum-based metaverse worlds such as Decentraland (shown above) and CryptoVoxels already exist. Upcoming game The Sandbox is another prominent example.

Along with opening the door to new social and gaming experiences, metaverse advocates believe that it will also help change the nature of work, and afford new digital economic opportunities to users around the world. It’s similar in a sense to how DAOs, or decentralized autonomous organizations, are being built to disrupt traditional companies.

It’s heady, potentially revolutionary stuff—which is why some metaverse builders bristle at the prospect of Facebook trying to lead the charge in metaverse d...

Vote TEZOS for the "Best Blockchain for NFTs" in the first annual NFT Awards.

Tezos India published a report about its work in India.

Tezos India published a report about its work in India.

We are excited to release Tezos India Report 2021, which gives insights into initiatives, programs, developer-activities we are doing in India to build a robust and thriving #Tezos ecosystem. It came ...
5
Share

Vote TEZOS for the "Best Blockchain for NFTs" in the first annual NFT Awards.

Vote now for the "Best Blockchain for NFTs" in the first annual https://t.co/1IrDLHe1py NFT Awards.Community-nominated candidates include @0xPolygon, @tezos, @ethereum, and @solanaWinners will be anno...
12
Share