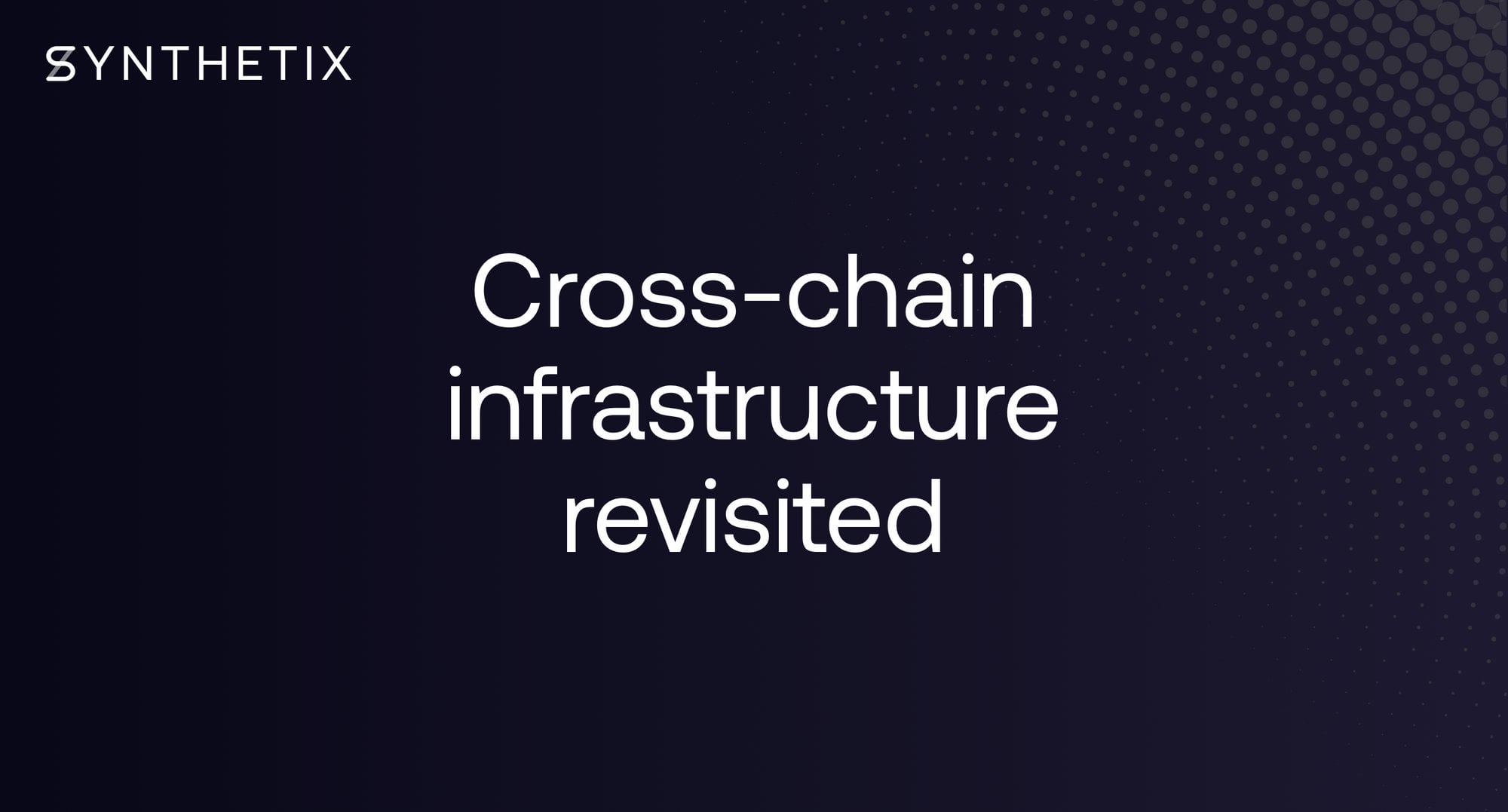 I first wrote about cross-chain infrastructure in a post published in August 2018, a little over a year ago. A lot has changed in that time! DeFi didn't even exist, it was a few weeks later that members of Set Protocol and Dharma coined the term DeFi. I want to use this article to explore the lessons learned since then and what they mean for Synthetix and other DeFi projects building on Ethereum.

The original post took a fairly agnostic approach to the question of infrastructure on decentralised systems. At the time there were very few deployed smart contract systems live on Ethereum. We have significantly better data on Ethereum and other platforms now, what has become clear is that network effects on Ethereum are likely far more powerful than many people, including myself, anticipated.

The reasons these network effects have been overlooked is probably because we are used to platform competition being the norm; Android vs iOS, Kindle vs Nook, Chrome vs Firefox as just a few examples. So when looking at smart contract platforms it felt intuitively like they would play out in a similar way. But platform fragmentation emerges mainly due to competition for end users. The closer to the end user platforms are the more likely fragmentation occurs. However as platforms are abstracted away fragmentation tends to decline and network effects are amplified. Many of us by virtue of both using and building on Ethereum became confused about where in the stack L1 falls. Sure you can use Ether for value transfer, but that is not what the majority of users will be doing. They will be using DeFi apps, NFT-based games and decentralised social platforms. Users don't care what applications run on, they just want the best user experience. Now let's dive into the specific network effects at play: