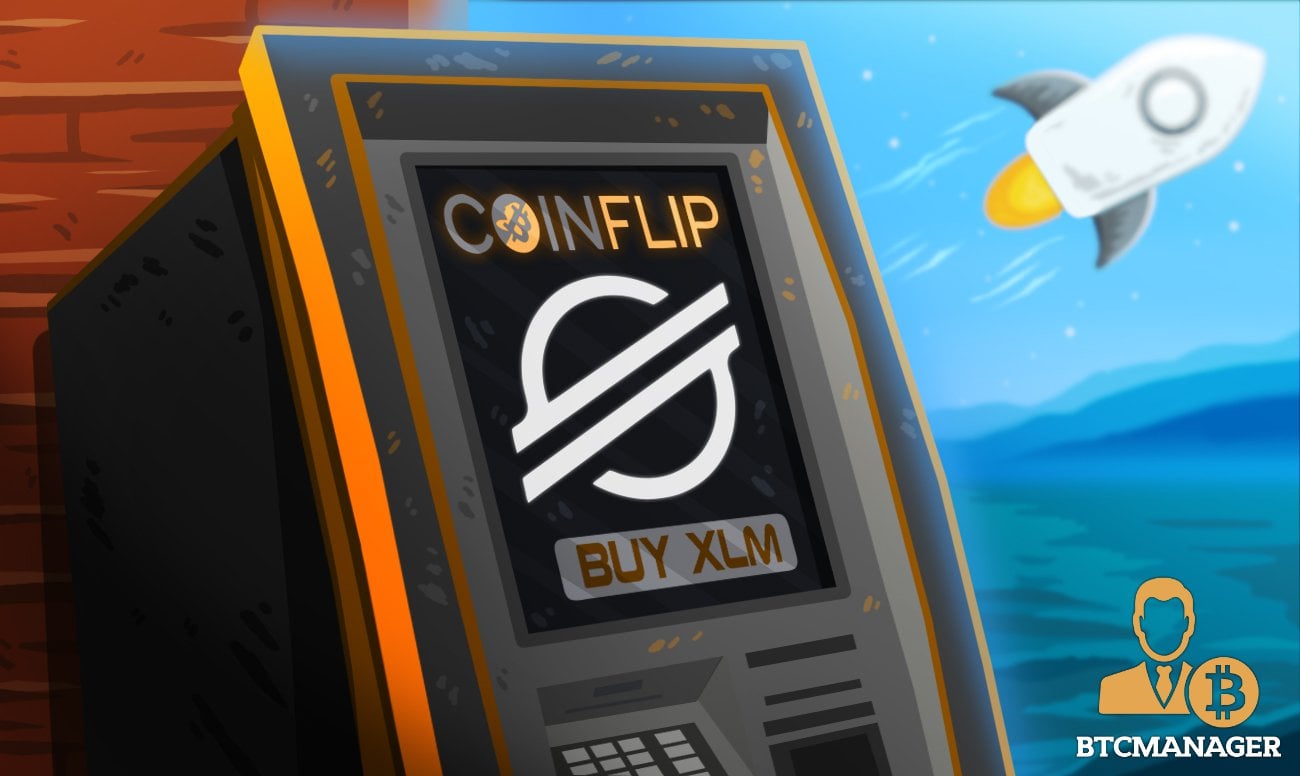 Digital currency ATM startup CoinFlip has added Stellar’s native digital token, XLM, to its list of offered cryptocurrencies. According to CoinFlip CEO, and co-founder, Daniel Polotsky, customers will now be able to purchase Stellar Lumens from its network of machines.

Polotsky said that the addition of XLM to CoinFlip’s arsenal of digital currencies will increase XLM’s availability in brick-and-mortar stores. For the uninitiated, CoinFlip is one of the largest cryptocurrency ATM firms operating in the space with about 450 ATMs in gas stations and convenience stores across the U.S.

Polotsky added that the decision to introduce support for XLM was taken after considering the altcoin’s high daily liquidity and market prominence, along with the persistent customer demand. The CEO added that CoinFlip plans to continue adding digital tokens as it rapidly expands its own ATM network. Notably, the company already has clearance to operate in more than 40 states in the U.S. and is trying to launch at least 20 new ATMs every week.

The cryptocurrency ATM space seems to be witnessing exponential growth as the fundamentals surrounding digital currencies continue to get stronger.

As reported by BTCManager on September 20, 2019, Bitcoin mapping platform “bitrawr” had stated that there...