The march towards the adoption of blockchain technology in Thailand’s mainstream financial sector seems unstoppable.

In a speech delivered during the Bloomberg ASEAN Business Summit, the governor of the Bank of Thailand, Dr. Veerathai Santiprabhob, revealed that the central bank was undertaking a review of blockchain applications for purposes of document authentication, supply chain financing and cross-border payments. This is being carried out through the central bank’s regulatory sandbox.

“The sandbox serves as a platform for financial institutions and FinTech firms to test new technologies and operating standards in a safe environment before the products and services are launched to the general public,” said Santiprabhob. “Technologies under (sic) reviewed include … blockchain applications for cross-border payments, supply chain financing, and document authentication.”

The governor of the Bank of Thailand also affirmed the central bank’s commitment to regional connectivity. One way of achieving this, according to Santiprabhob, was through the use of blockchain applications that enable cross-border payments.

Santiprabhob also said that the central bank was looking to apply blockchain technology, and other technologies such as biometrics, in safeguarding financial information so as to reduce fraud.

This is not the first time that the Bank of Thailand has demonstrated its commitment to blockchain technology. Early last month, as CCN reported, the central bank governor disclosed that the Bank of Thailand was working hand in hand with the country’s financial sector, under the Thailand Blockchain Community Initiative which was launched in March this year, in order to harness blockchain technology in banking. The initiative brought together 14 commercial banks as well as seven public and private enterprises.

Seeking a technical and artistic co-founder

Seeking a technical and artistic co-founder

Hi Stellar Community, I founded the podcast InsideStellar.co because I wanted to learn about Stellar projects and elevate crypto conversations. Now I'm look... 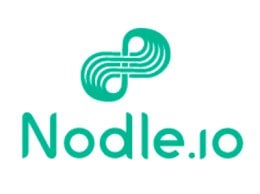 Wireless technology guru and serial entrepreneur Micha Benoliel discusses his journey to Nodle.io. Nodle is focused on providing infrastructure to the internet of things and incentivizing users and de...