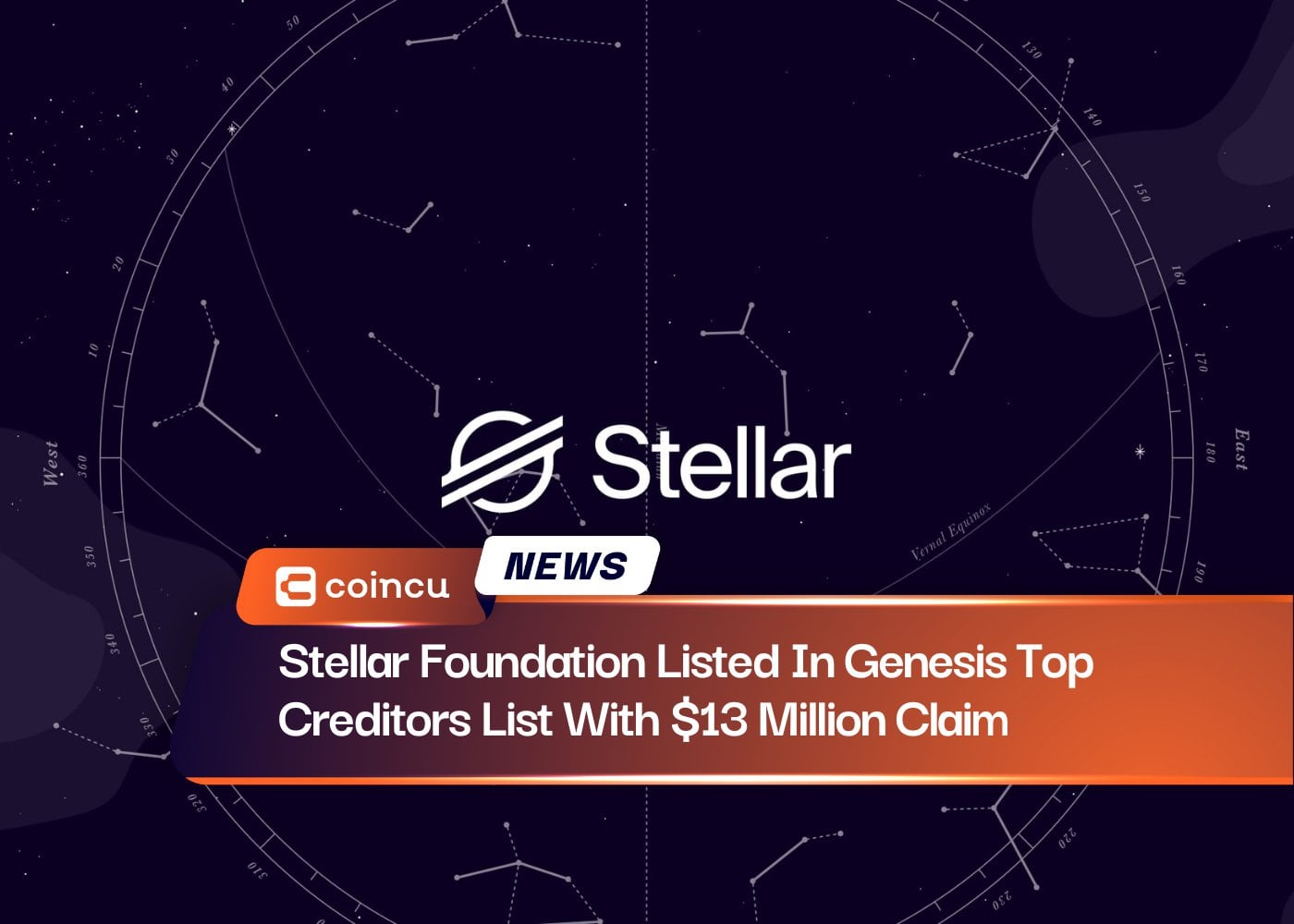 It was discovered that one of the biggest creditors of the insolvent crypto lending bureau was the Stellar Foundation. According to bankruptcy records, the foundation has a claim for $13 million against Genesis. The foundation acknowledged the loan to Genesis in 2022 but described the amount as “immaterial” in light of the remainder of its funds’ reserves.

The largest creditors of Genesis, the troubled cryptocurrency lending behemoth that applied for bankruptcy protection, were listed by the charity Stellar Foundation.

Genesis has $3.5 billion in debt to its top 50 creditors, which includes the Stellar Foundation, according to bankruptcy documents. The foundation has a claim for $13 million against Genesis.

The foundation confirmed in a statement to CoinDesk that it gave around $13 million to Genesis in 2022, but it described the amount as “immaterial” in comparison to the rest of its coffers.

The Stellar Development Foundation now has 30 billion XLM in its possession. At the current exchange rate, Stellar’s XLM token holdings give the company a paper worth of almost $200 million.

Although the foundation asserts that it has mostly avoided damage from the Genesis scandal, the intertwining of an ecosystem fund’s assets with the over-the-counter crypto lending desk highlights exactly how extensive the Genesis scandal’s ripple effects may be.

The pension funds of Fairfax County, Virginia, and MoonAlpha Finance, the group behind Babel Finance, which is owed $150 million, were also among the biggest Genesis disclosed in the bankruptcy papers on Thursday.

These companies make up Genesis’ crypto financing division, which was upended by the collapses of hedge fund Three Arrows Capital and cryptocurrency exchange FTX last year. Genesis’ other companies that are active in the derivatives, spot trading, and custody sectors, as well as Genesis Global Trading, were not included in the filing and still conduct client trading.

According to bankruptcy court records submitted by interim CEO Derar Islim, crypto lending company Genesis held $5.1 billion in liabilities in the weeks after its withdrawal halt in November.

DISCLAIMER: The Information on this website is provided as general market commentary and does not constitute investment advice. We encourage you to do your own research before investing.

Join us to keep track of news: https://linktr.ee/coincu