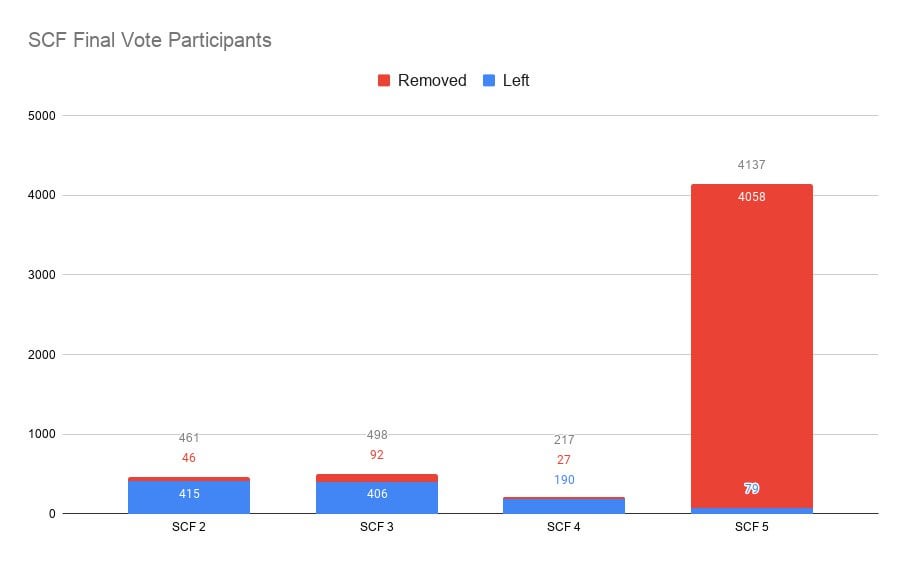 Well, the final results for SCF #5 have been sorted out and let me begin with a big long YIKERS. Remember in the nomination round how we had a record turnout of 671 voters and had to remove all but 295 of them? Well in this final round we not only matched — but smashed — that record. 4,137 unique Keybase accounts showed up last week to vote in our final round. Unfortunately, we had to remove 4,058 of them.

Let’s put that in a graph and compare to previous rounds. Red represents votes we had to remove; blue is legit votes.

This round was extremely difficult to review. We’ve never had thousands of votes to look through, and the current system isn’t designed for that kind of volume. We spent the last few days and nights combing through hundreds of votes and making lots of tough calls, and we’ve arrived at the following criteria for disqualification:

The first thing to address, regretfully, is that after much deliberation we’ve made the difficult decision to disqualify Trybal.Network from the final round. Before any adjustments they stood far ahead of the pack, which always warrants a deeper look.

As we began our review, it became clear that the majority of disqualifications had a common project in their queue: Trybal.Network. IP dups, new accounts, and zero proofs were all painting a pretty unflattering picture. Once we started a deep dive into hundreds of Twitter, Github, and Reddit proofs, strong evidence became hard proof.

Trybal.Network attracted a very specific crowd of folks the SCF wants nothing to do with — bounty hunters — and once we removed disqualified accounts, they were dead last in the standings.... 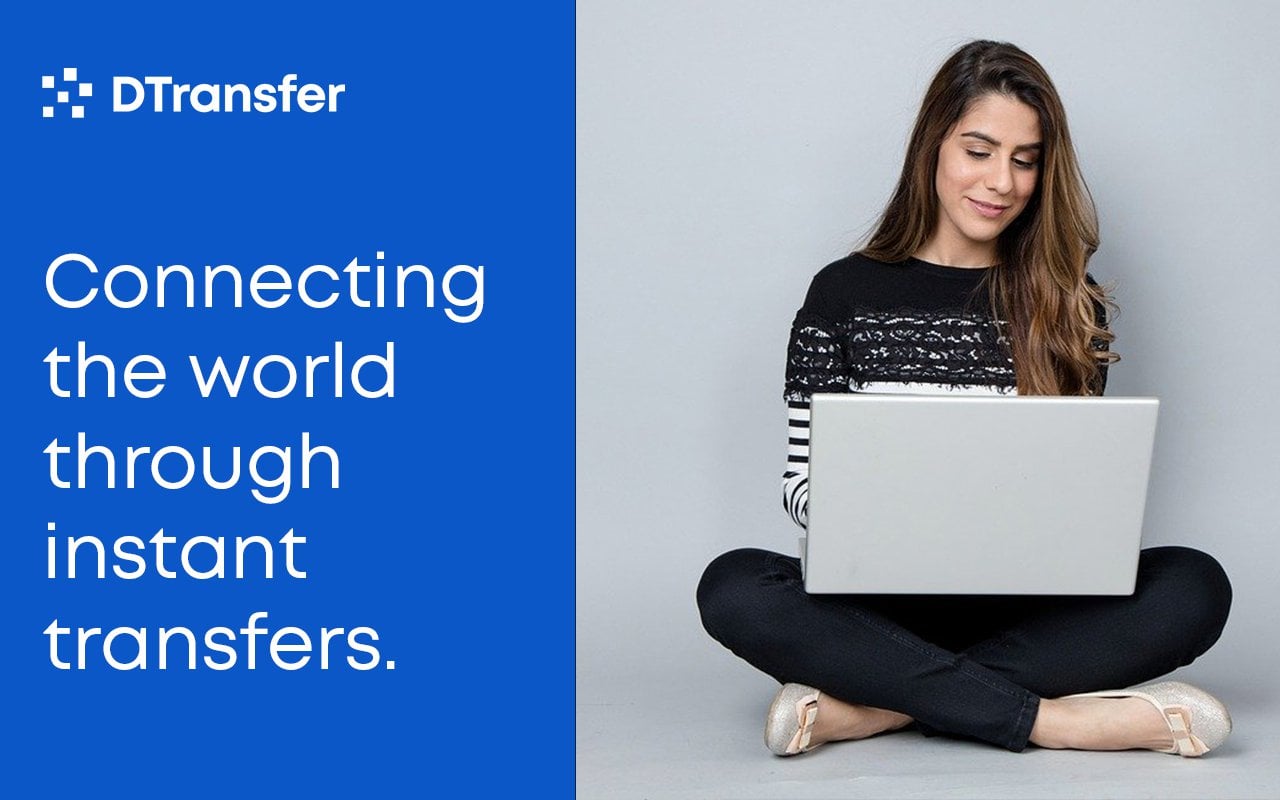 Hey everyone! Welcome to another issue of the Stellar Dev Digest, a weekly recap of all things related to the development of the Stellar Network. What is Stellar? Stellar is a platform that connects…
7
Share 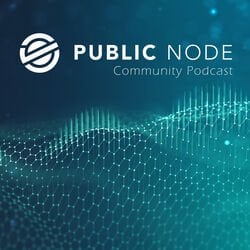 The Velo Protocol is a value transfer engine that will initially consist of two components: a Digital Credit Issuance Mechanism and the Digital Reserve System.  Sam and Michael discuss how blockchain ...