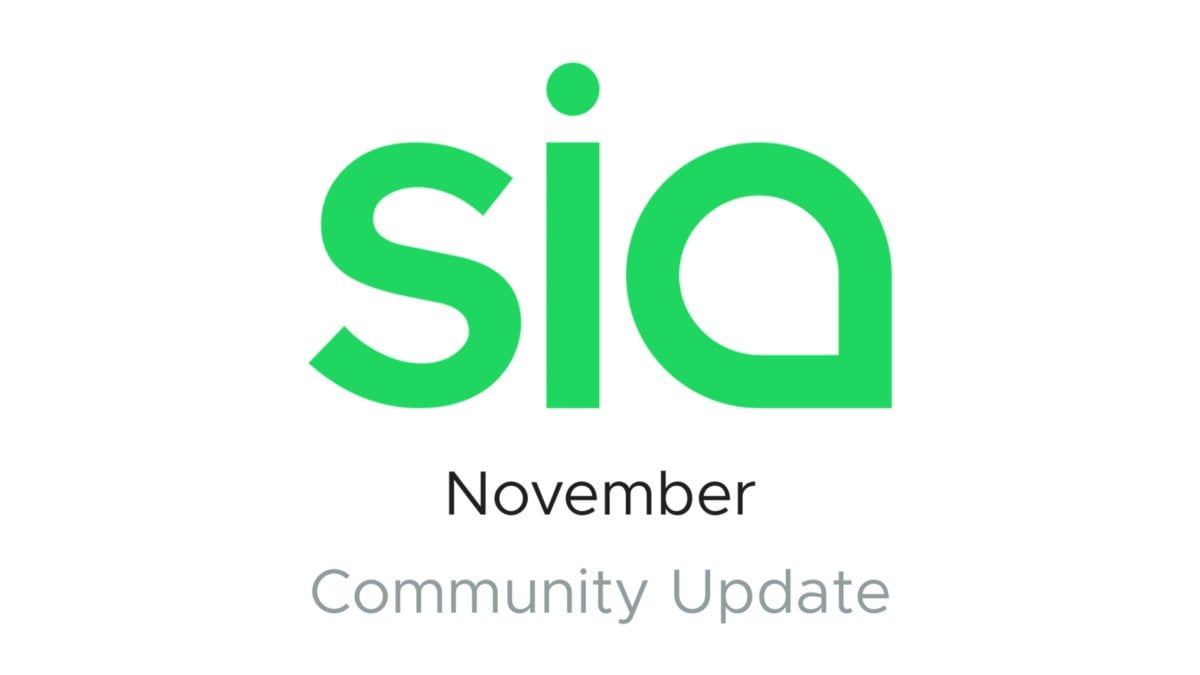 We’re winding down the year, but not the activity. While Thanksgiving had us home with family, the rest of the month saw new integrations, meetups with users, and dedicated progress toward the core Sia platform.

We also began alpha testing our latest product — SiaStream. The perfect home for your media, it lets you enjoy super-cheap storage for your media files, completely under your control on the Sia network.

And now we accelerate toward the end of the year with incredible progress made in 2019. We’ll focus more on that next month, but for now let’s get to the happenings in November.

In this update Scams targeting Sia users The SiaStream alpha

In November, we launched the alpha for SiaStream. SiaStream allows you to upload your movies and tv shows to Sia, mount Sia as a FUSE drive, and then stream your files back from any media app. We built this app with Plex in mind, but it works with any media app you prefer.

We put together a really beautiful dashboard and on-boarding process, and will be looking to release an more open beta in the coming weeks. Stay tuned for more info!

A month of code

Just like last year, Sia co-founder Luke Champine is hosting his private leaderboard for Advent of Code. Sign up at https://adventofcode.com/ and use this leaderboard code: 30280-93df612d

Advent of Code is a programming challenge where you compete to solve a new puzzle each day in the month of December. It's a fun way to learn new algorithms, data structures, and programming languages. The faster you solve the problems, the more points you'll earn. We'll also be giving out swag to participants -- more details on that later.

David, Chris, and PJ hosted a meetup in Zurich. It was a great event and wonderful to get some face time in with the community.

You can learn about future gatherings by joining our Meetup group.

We recently integrated with Abra (more on that later), and they ho...