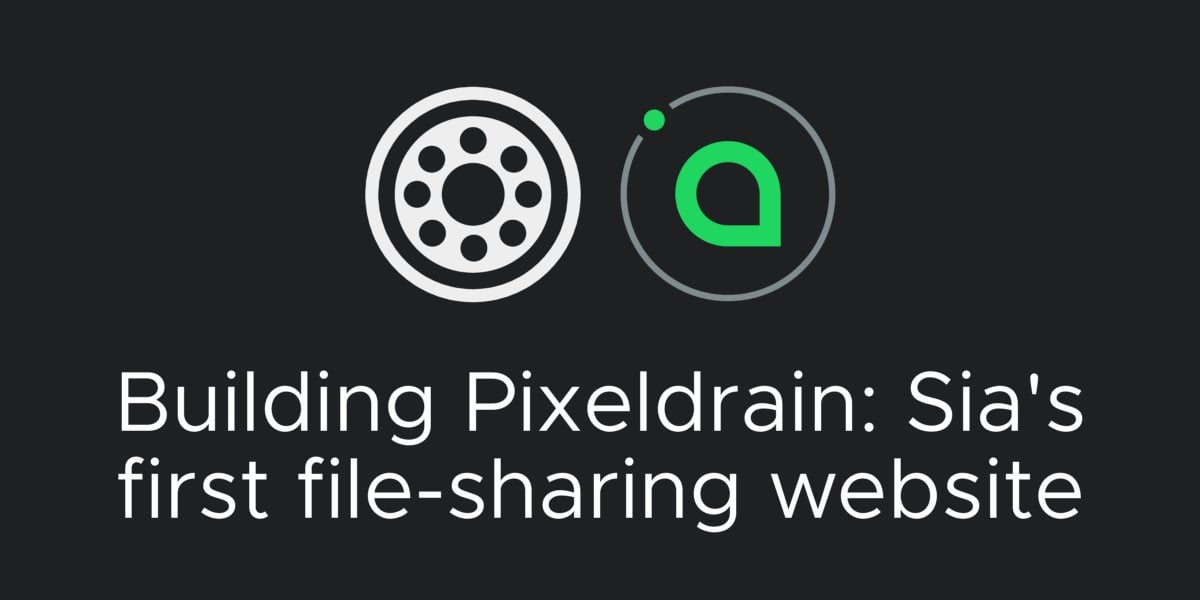 Sia team note: We want to thank Fornax for writing this post. Pixeldrain has been a long-standing project in the Sia ecosystem, providing Sia-backed file sharing for users for years. His constant presence in our communities has been unmistakably important, and the feedback he’s provided over the years has helped elevate Sia at every step.

Pixeldrain has always been on a journey looking for the cheapest and most secure cloud storage available. When David Vorick told me about Sia in 2015 I was certainly impressed. A truly decentralized storage marketplace where thousands of hosting providers can compete against each other for the best rates. No monopolies, no dirty tactics, just pure competition and innovation. Fair play enforced by the blockchain itself. It sounded like a dream come true.

After joining Sia’s slack community my life changed a lot. It was this little community of a few dozen developers and enthusiasts. Everyone was friendly and everyone wanted Sia to grow into something beautiful. I finally found an approachable open source project I could really stand behind.

The downside is that Sia was still very far from being ready, but Pixeldrain was still a tiny little platform too, so there was plenty of time for it to grow. From that point on Pixeldrain has been growing along with Sia. I rewrote the entire site from Java to Go because of its simplicity. This move was inspired by Sia’s development team too.

Now Pixeldrain has become the first and largest (that I know of) website to leverage Sia’s network for file sharing. Over time the website has grown to serve tens of thousands of users every week. May of this year has been the busiest month for Pixeldrain so far, serving over 130,000 unique visitors!

Running a file sharing website on Sia is not as easy as it might sound. Sia required a lot of baby sitting and monitoring to make it work reliably. On top of that the technology is very rapidl...