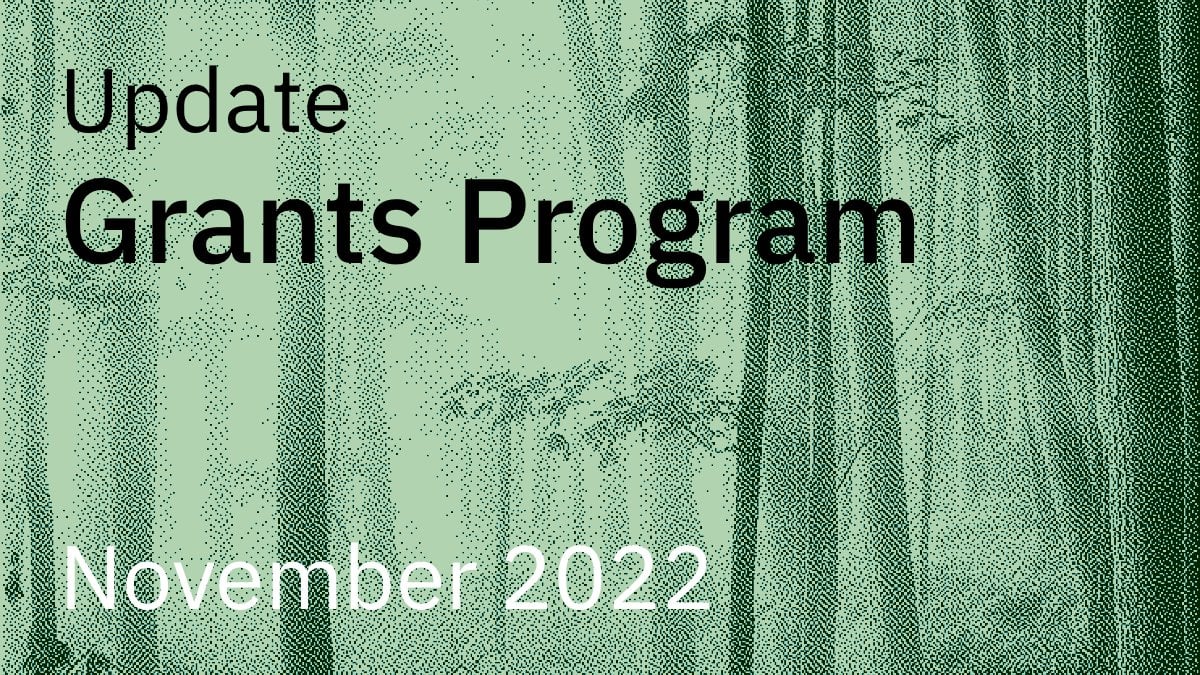 The Sia Foundation has grant funding available for community contributors! The Grants Program was created to fund research, development, developer tools, and anything else that will support and further our mission of user-owned data while enriching the Sia ecosystem.

Just design a proposal that meets our requirements, submit to our forums, and wait for review by our grants committee. If your grant gets approved, you’re on your way to creating the next great project on the Sia storage network.

Check out our site for more info.

The Current State of Grants

We launched the Grants Program two months ago, and in that time have reviewed three grant proposals. A couple more just dropped this week, but we’ll have more info on those later.

Two have been conditionally approved, and the third is awaiting some updates to the proposal. All three have potential to add great new features and tools to the Sia ecosystem, and we’re excited to see them develop as we move forward.

Let’s take a look at the two approved grants.

Lume Web is a project that aims to “unify the dWeb” and make strides towards a better web3. With plans for a Firefox browser extension for viewing web3 content, building upon his third party Skynet portal, and creating new educational sites for this new tech, Lume Web wants to be a major player in the still developing space. Longer term goals include a custom web browser and becoming the open hub for web3.

Derrick Hammer, Lume’s developer, plans to accomplish these goals throughout 2023. Here’s what Derrick had to say about Lume and his grant:

I believe Lume is going to be the center hub of web3 and this is giving me a once in a lifetime opportunity to build an open ecosystem and have the community support me. Simply put: Lume Web is web3 for the masses. Web1 was AOL, Web2 is Google, and Web3 will be Lume 🙃

Sia Satellite wants to cut down barriers to entry. Currently, someone who wants to use Sia needs to get Siacoins in order to form contracts and pay the hosts who store their data. Sia Satellite will serve as an intermediary who handles all the complicated blockchain and contract stuff, leaving the user to pay for their storage easily with a credit card.

Mike is also a Sia Grants Committee member, and was therefore excluded from the discussion and approval process for Sia Satellite. He kept it simple when asked how he felt after his proposal was approved:

Well, how do I feel… I feel, like, WOW!, I seem to have gone up to the next level of personal development. Coming Next

The committee has two new grants to sort through, and one to review updates for. We’re incredibly excited to have so many new opportunities to expand the Sia ecosystem with these wonderful community projects.

You can see the list of all proposals here, and our proposal requirements here. See you next month!

Want to see more next update? Should we talk about all active proposals instead of just the current list of approved ones? Let us know!

7D Ago
[Blog] Grants Program Update, January 2023
The Sia Foundation has grant funding available for community contributors! The Grants Program was created to fund research, development, developer tools, and anything else that will support and…
Siacoin
blog.sia.tech
18D Ago
Heads up Sia! You may be able to score a deal of a lifetime if you play it right, details inside.. IOTEX will be looking for big time data storage provider.
W3bstream connects smart devices to smart contracts to serve as a blockchain-agnostic decentralized infra for the machine economy.
Siacoin
iotex.io
1M Ago
[Blog] The State of Sia, January 2023
We’re back with the State of Sia, a monthly installment looking at development and team updates for The Sia Foundation. Welcome to 2023! A new year always stirs excitement for the future and…
Siacoin
blog.sia.tech
1M Ago
The Sia Foundation just published the Transparency Report for Q4 2022
Siacoin
sia.tech