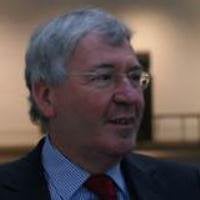 Blockchain‘s  potential for improving business processes, providing transactional transparency and security in the value chain, and reducing operational costs is obvious for many. Notwithstanding this the expected mass adoption failed to happen up till now. What has been holding blockchain?

In fact, there have been several concerns in recent years preventing this mass adoption. But by far the most widely recognised problematic issue is that of interoperability. Or, more accurately, the lack of it.

While blockchain was conceived as a decentralized technology, individual blockchain networks are not inherently open and are not able to communicate properly to each other. There are a large number of blockchain projects, all of which have different characteristics – such as the type of transactions, hashing algorithms, or consensus models – and which focused on a particular area.

The problem is further deepened by different networks and financial institutions running completely different governance rules, blockchain technology versions and regulatory controls. This has resulted in a series of unconnected blockchain ecosystems operating alongside, but siloed from each other, preventing the industry from reaching its full potential.

“We would be left with a scattered collection of siloed blockchains, each supported by a weak network of nodes and susceptible to attack, manipulation, and centralisation.” ConsenSys research paper

The term blockchain interoperability is increasingly being talked f...