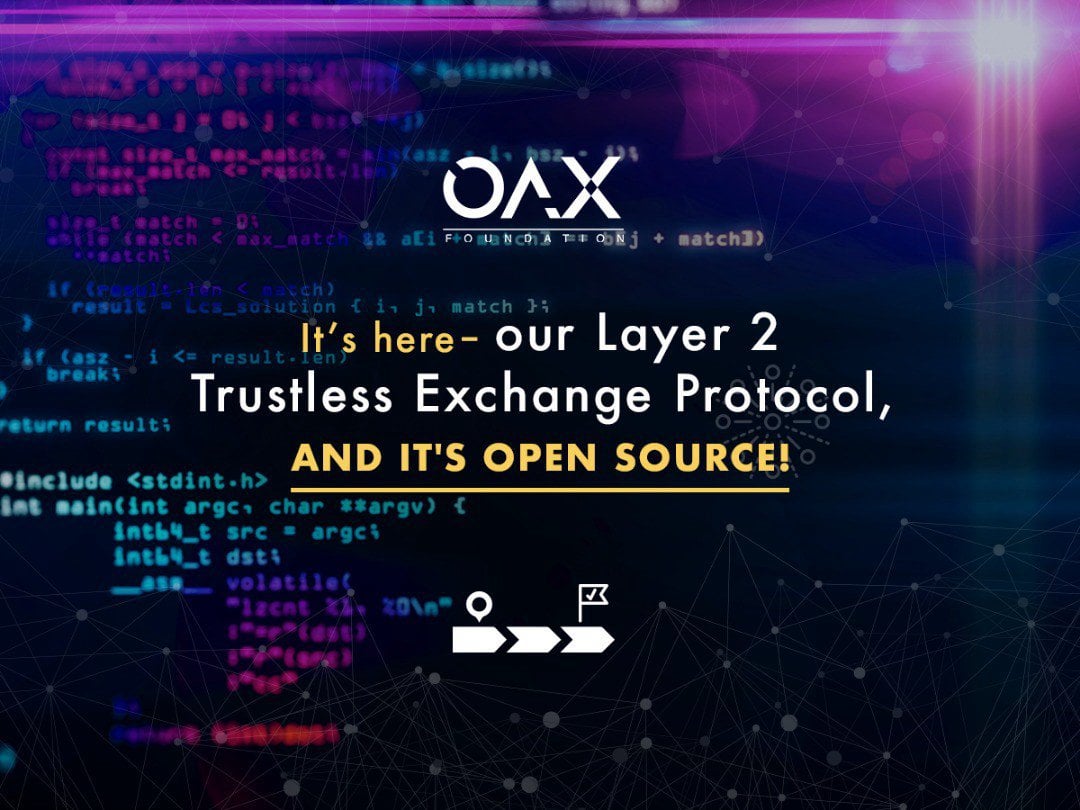 Has anyone tried out OAX's L2X protocol which they have released weeks ago? The project has been emphasizing 4 key features - Speed, Trust, Scalability, and Interoperability and they finally might have something to prove their team efforts. Try it out today and they are opened to all feedbacks!

HONG KONG — 12 August 2019 –OAX Foundation has today released the code for its Layer 2 Exchange (L2X) protocol, marking the completion of a major milestone for the project.

Currently, digital asset trading either takes place on centralized exchanges, which have persistently proved vulnerable to hacking, or in decentralized environments, which have speed and governance issues. OAX Foundation, working with its development partner, Enuma Technologies, has built a trustless exchange platform that combines the best elements of each system.

The original testnet version focused on solving the scalability challenge of decentralized exchanges. Today’s release includes a number of updates, including co-operative order cancellation, operator support for encrypted wallets and code refactoring to simplify integration. Most significant, however, is the addition of the ability for the dispute resolution process to take place on-chain. This means that disputes between platform users can be settled directly, without having to place trust in a third party such as a custodian.

OAX Foundation’s L2X protocol has been designed to have the following qualities:

· Trustless: users do not need to trust the exchange to maintain balances or execute trading instructions correctly. Users can rectify protocol violations by lodging disputes on the blockchain.

· Non-Custodial: users are the sole custodians of their accounts. The role of an exchange is to facilitate trading among users against authorized instructions.

· Non-Collateralized: the exchange operator does not need to lock expensive collateral to guarantee operational integrity.

· Performant: performance characteristics of the exchange are in line with existing centralized exchanges.

· Scalable: nodes can be added to increase system capacity and throughput.

In addition, the release is being made open source under the ...

😍 You can now buy everything on https://t.co/FafLKbgv13 with PEERCOIN by @PeercoinPPC!🔥 Retweet for a chance to win x2 10% OFF Coupons✅ 0% Fees to Buy with $PPC✅ Instant Order Confirmations✅ Only 2%...
2
Share