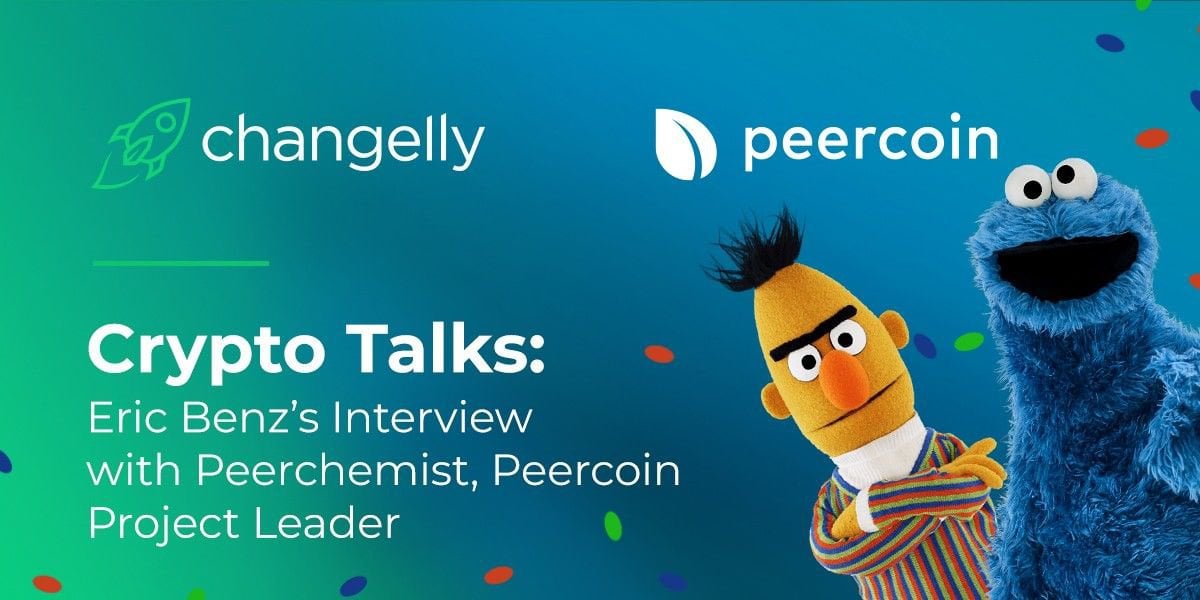 Or is it better to say Bert Benz’s interview with Peer-monster..? Today’s Crypto Talk with Changelly is not like the others. Despite the funny cover, Peerchemist, Peercoin project leader, has a pretty serious approach to the cryptocurrency issue and is not one of those to blow smoke when discussing the future of blockchain. Want to take a look at the crypto industry with a grain of salt? Discover more about the Peercoin project and its plans for the future? Or maybe find out the fairest BTC price prediction from a tech-savvy guy? Settle in and have a read.

Eric: Hello Peerchemist, so good to have you at “Crypto Talks with Changelly”! So, for starters, could you share your background with the Changelly community? And how did you end up in crypto?

Peerchamist: Computers were just a hobby for me back then as I was just getting into Python and toying with the Raspberry Pi to automate some random stuff. Cryptocurrencies simply came along as something new and amazing, and like any good “hacker” I had to learn what crypto was about, how it works, how it’s useful and so on. That’s how I fell into the rabbit hole five years ago. I felt that it was worth my attention, and I was not wrong. My involvement with Peercoin started with my tinkering with the Raspberry Pi single-board computer and getting the idea that it could be useful for a PoS-based blockchain project like Peercoin. My entry as a developer to the scene was a now-retired project called Peerbox, which provided a secure OS for running Peercoin nodes.

Eric: What problems of traditional financial institutions should blockchain and crypto industries resolve in the first place? Is that inflation, centralization, personal data sharing, or smth else?

Peerchemist: Crypto has resolved a lot already, at least on paper. It is clear from the design of Bitcoin that it was designed to offer a solution to the unfair, untransparent and corrupt global financial system. Bitcoin has deli...