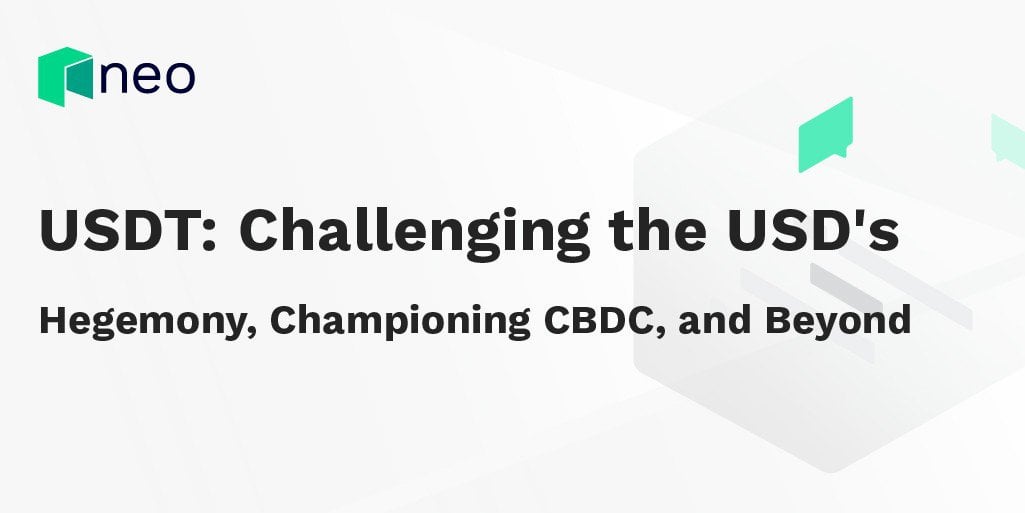 USDT: Challenging the USD’s Hegemony, Championing CBDC, and Beyond | DaHongfei

In 2008, a momentous occasion took place with the release of Bitcoin’s White Paper. With author Satoshi Nakamoto explicitly calling for the deconstruction of financial intermediaries, regulators around the world were put on alert, particularly as Wall Street faced one of its biggest crises since the 1930s. While Bitcoin’s lack of a stable pricing mechanism has prevented it from becoming a commonly accepted medium of exchange, USDT — one of the earliest stablecoin developed by Tether — addressed this.

In 2014, Tether Ltd. issued USDT. As the earliest USD-backed stablecoin, Tether has claimed that each unit of USDT is 100% backed by its USD reserves. With the tightening of the 2017 crackdown of crypto exchanges in China, traders encountered difficulties when trading crypto assets with FIAT currencies, thus USDT was initially used as a value exchange vehicle. However, USDT became the most accessible entry point for traders after China tightened its cryptocurrency ban in 2017, thus driving USDT’s rapid growth into one of the key assets in the cryptocurrency market.

Recently, USDT has come under intense scrutiny from traditional financial institutions and regulators, who believe that USDT could threaten USD hegemony due to accelerating mass adoption of USDT for cross-border remittance, payment and settlement, foreign exchange, and payroll.

USDT has surpassed its original application, from a quote currency in crypto-asset trading into an alternative currency capable of facilitating cross-border remittance and payment settlements.

As of 2019, approximately 212 billions dollar of funds were transferred or settled through the USDT. In short, despite USDT’s short history and relatively low market penetration, it has already created alternate currency markets divorced from traditional monetary and financial systems.