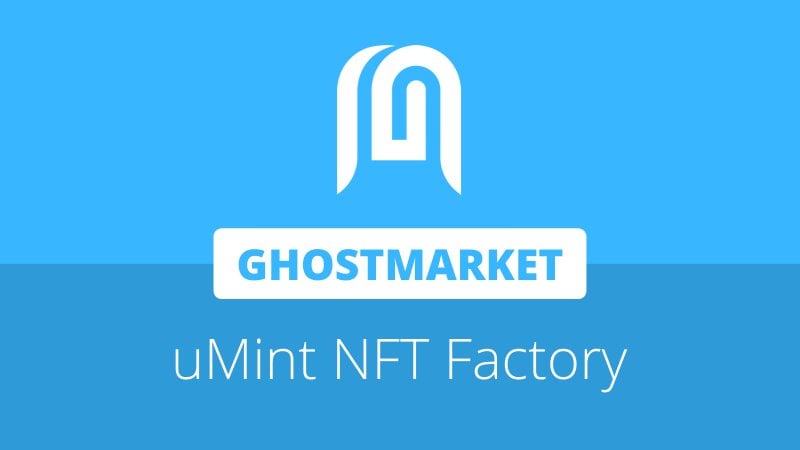 GhostMarket has launched its uMint NFT Factory, allowing users to mint custom non-fungible tokens. Currently, GhostMarket supports NFT minting on the Phantasma blockchain. However, smart contracts for NFT trading and minting will soon be supported on Neo and other blockchains.

The uMint NFT Factory enables users to create NFTs with custom properties and attributes, such as images, total supply, and various metadata. Metadata for the NFT is stored on chain, whereas images are stored on the InterPlanetary File System, a distributed file storage network.

The creator can also define a royalty percentage to receive a portion of all sales, or infuse the NFT with assets such as NEO, ETH, or SOUL, among others, which can be redeemed by NFT token holders when it is burnt.

NFT minting costs 20 KCAL for the first token and an additional 4 KCAL for each subsequent token. Half of the minting fees are burnt (to reduce the overall KCAL supply) and a quarter goes to the GhostMarket platform. Currently, there is a limit of minting 2,500 NFTs in a single transaction.

Looking forward, Geneste says the development team intends to explore improving the UI/UX, integrating smart contract support for the Neo blockchain, and exploring the use of NeoFS for storing NFT images. He said:

I’m very excited for Neo NFT’s, because I’ve spent a ton of time working on Ethereum and Phantasma NFT standards. Now, I want to see what Neo offers. Well, I know what [the Neo blockchain] offers, but I want to see it in action. Even though NFT community projects are limited on Neo blockchain [right now, I think] it can grow a lot. I’m convinced on the future of NFTs. A project that doesn’t include NFTs in 2021 is going to fail somehow.

GhostMarket is an NFT marketplace and explorer that launched in July 2020. It ...