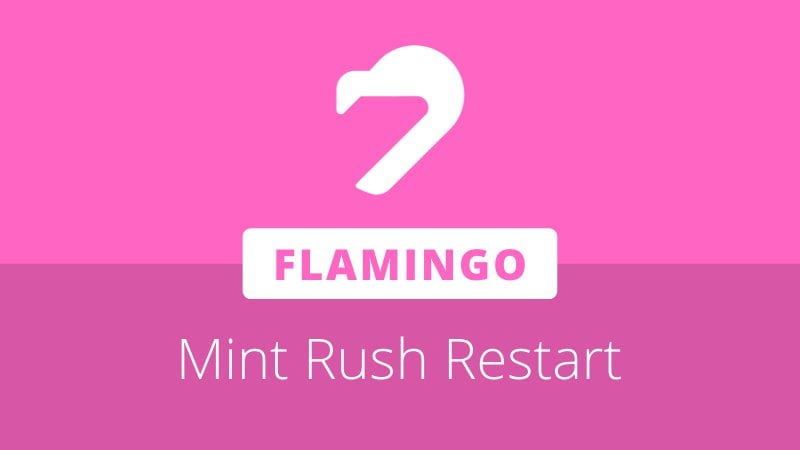 The Flamingo team released the details of its Mint Rush restart and FLM distribution plan, which was paused shortly after the launch. Users are instructed to unstake from the original Vault module, now updated and redeployed, then re-stake in the new Vault contract.

Additionally, O3 users have been prompted to move to the NeoLine wallet for Flamingo participation, and information has been released regarding withdrawal fee compensation for Flamincome USDT users.

The Mint Rush event was paused due to issues with the NeoLine extension wallet, stemming from the high influx of traffic from Flamingo. Poly Network also experienced some small delays during cross-chain transactions.

Meanwhile, Neo’s MainNet continued stable operations, which allowed more than 700 staking transactions via the ONTO wallet or manual contract invocations to succeed. This allowed some users to get a head start on FLM rewards whilst many users were not able to participate. Approximately 490,000 FLM were released between the time of the launch and a snapshot by the Flamingo team taken at 14:11:33 UTC.

To address the issues, Flamingo has deployed a new Vault smart contract. Users can unstake their assets from the Vault v1 module, and re-stake in the new Vault v2. The Mint Rush event will resume at approximately 13:00 UTC, giving users time to stake in Vault v2 before FLM distribution begins. The distribution rules of FLM will not be changed, though the remaining 49,510,000 FLM will be generated at a slightly faster rate.

To make good on its promise of fair distribution, the Flamingo team announced that all assets (i.e. nNEO, pONTd, pnWBTC, pnwETH, pnUSDT) that were ready to stake at 14:11:33 UTC will be assigned equal mining power to those that were already staked. This will be the case whether the assets were successfully wrapped or confirmed by Poly Network.