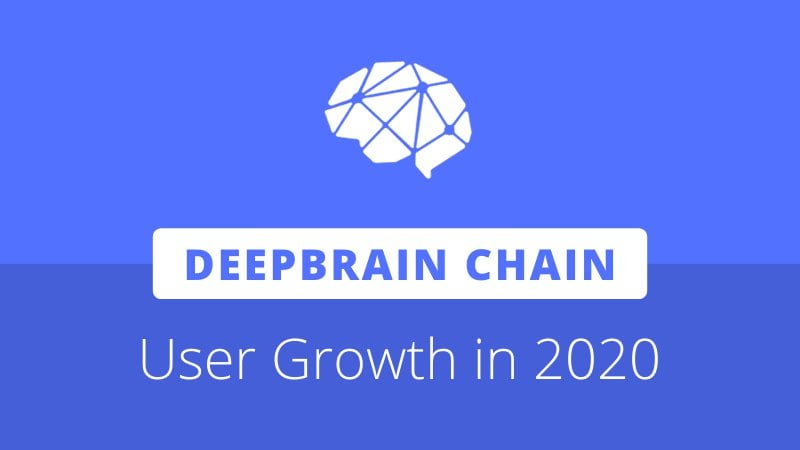 According to an end of year report by DeepBrain Chain, the project grew substantially in network users, GPU providers, and geographic reach in 2020. The machine learning and distributed cloud storage provider also noted developmental progress and other achievements.

DeepBrain Chain uses blockchain to compensate GPU providers for supplying AI computing and storage nodes to its decentralized global network. It was the third project to conduct a public token sale on the Neo blockchain, doing so in Dec. 2017. The DBC token has multiple utilities, such as purchasing computing power and rewarding network miners.

DeepBrain Chain’s computing network grew exponentially in 2020. In Jan. 2020, there were less than 100 GPUs, growing to 2,000 by December. The DeepBrain Chain network of GPU processors expanded across Asia, North America, Europe, and Australia and witnessed a more than 90% utilization rate in 2020.

The network also grew from 2,500 AI developers at the beginning of the year to nearly 17,000 by December. A large portion of these users came from university partnerships DeepBrain Chain had previously developed. The team claims to have partnered with more than 25 universities, including Harvard University, Tokyo Institute of Technology, University of Sydney, and numerous Chinese universities. The network was put to the test when the global COVID-19 pandemic began in Q1 2020. DeepBrain Chain noted:

When the epidemic first broke out in China, many students faced graduation and needed to prepare their thesis but were unable to return to school to use the servers in the school server room because of the epidemic. The traditional cloud computing vendors were very expensive, and the students could not afford them. So, the large number of cost-effective GPU servers provided by DeepBrain Chain helped them solve their urgent needs.

The team also points out it made headw...