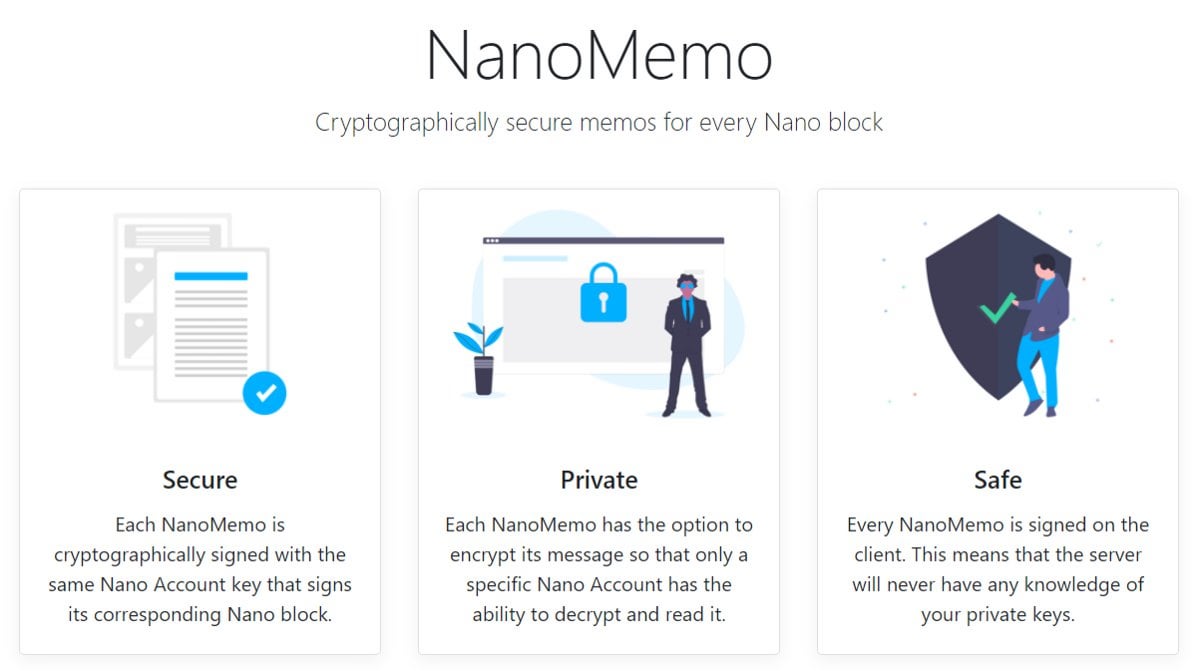 Let’s start by answering, what is Nano? Nano is a secure/decentralized, fast, and feeless cryptocurrency. It is digital cash in, arguably, its most efficient form. Nano prides itself in doing one thing and one thing well, fast/feeless/secure peer-to-peer transfer of value. In order to do value transfer well, the Nano protocol must be extremely efficient. This means that the data contained in a Nano Block is kept minimal.

And to that point, a freetext memo field (a descriptor of why the Block was created) does not exist.

NanoMemo looks to fill people/service’s desire for a freetext memo field attached to a Nano Block. NanoMemo allows anyone that creates a Nano Block (makes a transaction with Nano) to write a memo and digitally sign it so that anyone can prove that the entity that created the Nano Block also wrote the memo. Additionally, NanoMemo offers a private memo option that encrypts a memo so that only a specified Nano Account can decrypt and read the memo’s message.

Recent memos from NanoMemo.cc How do I read a memo?

To read a memo for a specific Nano Block, all you need to know is the Nano Block’s hash. This is a unique identifier for each Nano Block on the Nano Network. Once you have the hash, simply enter it into the search box at the top of NanoMemo.cc and hit enter.

If you are a developer, you can request memos through the API. Three options:

How do I write a memo? Screenshot of the...
Continue on somenano.medium.com
m.youtube.com