This needs some explaining by Riccardo and the core team: Request for information regarding MONERO DISTRIBUTION CORPORATION and the trademark applications filed in its name 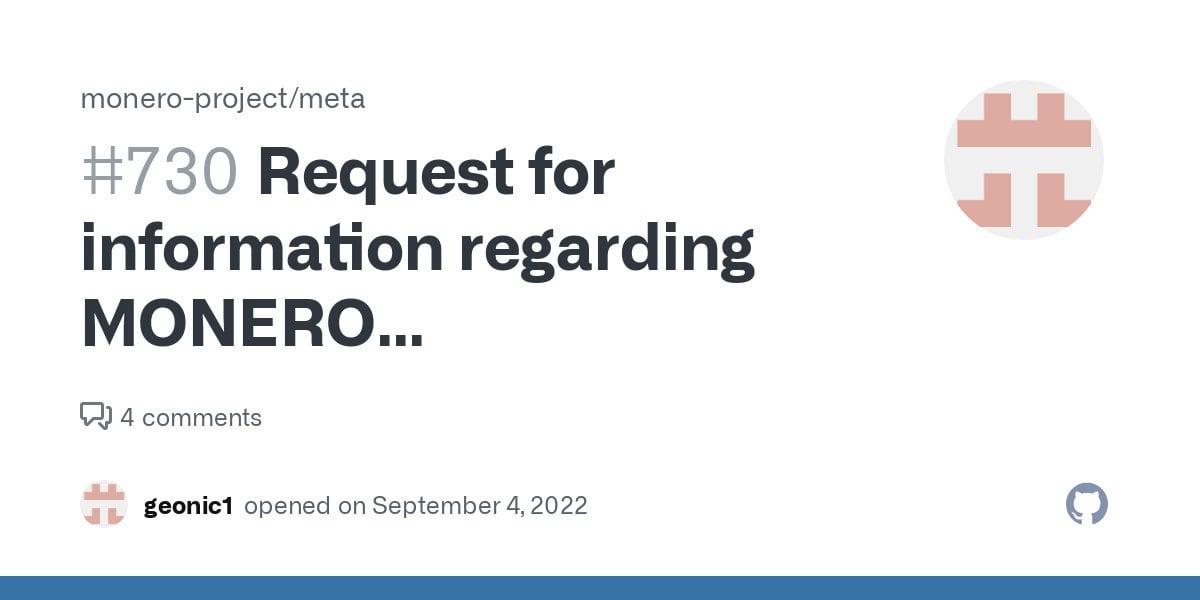 This needs some explaining by Riccardo and the core team: Request for information regarding MONERO DISTRIBUTION CORPORATION and the trademark applications filed in its name

It is further stated that (certain members of) the Core Team control the entity and filed these trademark applications on behalf of the Core Team as a whole. This was apparently disclosed publicly in a chat room, but I can't find the logs, so I am requesting public confirmation of this. If this is in fact the case, I believe it is in the interest of the community to know the names of the directors of the corporation. This information can also be obtained through the Delaware Division of Corporations at some cost if it is not forthcoming.

I am personally dismayed that the Core team has taken this step, which I believe contradicts not only what many of us believe to be the purpose of the Core Team -- that is, to serve as stewards of the project, NOT the owners of its name and likeness -- but also the Core Team's own statements (quoted below):

The Core Team does NOT equal Monero. In the event that one, or all of the Core Team goes rogue, we are to remember that Monero is a movement. A global initiative to further privacy globally, and provide real, fungible, digital money for everyone. This can happen even without the presence of the Core Team.

We should now add an asterisk to this statement, clarifying that in the event that one or all of the Core Team goes rogue, we should pick a new name and logo for the project, because the old ones will be under their legal control indefinitely. I imagine the difficulties that the original Core Team would've had in taking the project away from thankful_for_today if he had trademarked it (surely in the name of "protecting the project" by preempting bad actors).

I request a clarification of this situation and I would also like to know why this move, which some of the most prominent ecosystem participants were unaware of, was made without any (to my knowledge) public announcement or discussion.

2H Ago
Monero Onboarding for Windows Developers
This is a straightforward guide to start developing on the monero project (monero, monero-gui, etc.) on Windows without using a Linux [virtual] machine. Although I have a Linux machine, I am maximally productive on Windows as it is my primary OS. Prerequisites MSYS2 Visual Studio Code Git Optional: GitHub Desktop Optional: GitHub Account Install these simultaneously. Forking a Monero Repository If you want to contribute through a GitHub account, you will need to fork the monero or monero-gui repository.
Monero
blog.elijahlopez.ca
3H Ago
Monero Dev Activity Report - Week 48 2022
This weekly report aims to provide a big picture view of Monero development activity, increase community support for existing devs and, hopefully, encourage new contributions.
Monero
monero.observer
1D Ago
P2Pool v2.6 is out NOW with important enhancements that affect XMR rewards, upgrade ASAP!
Decentralized pool for Monero mining. Contribute to SChernykh/p2pool development by creating an account on GitHub.
Monero
github.com
3D Ago
Buy real postage anonymously with crypto at coinship.pro
Buy shipping labels with top cryptos
Monero
coinship.pro