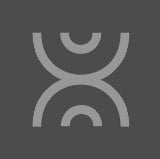 What problems are cryptocurrencies good at solving? In 2017, entrepreneurs and fortune 500 companies alike were rushing to integrate cryptocurrency tech into their businesses, only to realize that traditional centralized databases are generally faster, cheaper, and easier to manage, thus making the latter the superior solution to most problems. But the question remains: What is cryptocurrency tech uniquely useful for? This was a question I faced first-hand before deciding to develop the Ultranet, the first decentralized private marketplace that launched this week. My conclusion, which I cover in this article, is that platforms based on cryptocurrency tech are uniquely good at one thing in particular: not being shut down, a property known more formally as “censorhip-resistance.” And I will argue in this post that this property alone causes cryptocurrency tech to act as a “second amendment of the internet,” providing a check against information-based oppression that is analogous to how the right to bear arms acts as a check against physical oppression.

Simply put, a database is censorship-resistant if it is resistant to being shut down and resistant to having its data tampered-with. For example, Bitcoin and the Ultranet meet arguably the highest bar for censorship-resistance because everyone who uses the software stores and serves a replicated copy of all the data, and as long as a single computer somewhere in the world is running the software, all that data is preserved. Additionally, these networks enforce strict rules through consensus that prevent their data from being tampered with. For example, you can’t print yourself free money with Bitcoin and you can’t mess with another merchant’s listings on the Ultranet, even though anyone can technically run a machine on these networks.

The fact that these networks are “unpermissioned,” meaning anyone in the world ...