"People have this perception that bitcoin and ethereum are completely anonymous when that is not the case."

That's one of the insights Linda Xie gleaned over three years working at Coinbase – understandings that are now guiding strategy at the as-yet-unnamed cryptocurrency hedge fund she's leaving to start.

One of a growing number of vehicles seeking to help investors capture the market's meteoric growth, Xie's is perhaps distinguished by her resume.

Most recently a product manager at Coinbase, Xie left her position last week to join up with another company veteran, software developer Jordan Clifford, on the venture. Their move is notable following the departures of Nick Tomaino and Olaf Carlson-Wee, both of whom also left Coinbase to found investment vehicles.

But Xie wants her fund to be known by the strength of its bets, and she says she's gambling on the idea that gains will be found in the growing market of cryptocurrencies beyond bitcoin. In particular, she described privacy-focused cryptocurrencies as "extremely undervalued" given their potential to help solve what she perceives as limitations of the bitcoin protocol.

In her first public interview about her fund's strategy, she told CoinDesk:

"You can actually reveal information on the blockchain. … This isn't well known right now. Even people that I talk to inside the space are kind of surprised that it's so easy to actually trace."

Not simply an academic observation, Xie learned this firsthand at Coinbase, working in the San Francisco startup's compliance investigations department.

While helping law enforcement catch cybercriminals by tracing transactions through the public ledger, she realized that same transparency could eventually aid phishing attackers and scammers, who may use the blockchain to identify potential victims with large holdings.

It's this real-life experience that is leading Xie's fund... 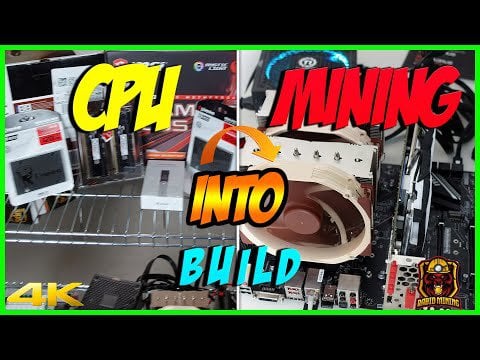 CPU MINING BUILD #cpuminingbuildHere we go again! So I got my hands on a dirt cheap Ryzen 3900x so why not just build ourselves yet another CPU MINING RIG!!!...
4
Share