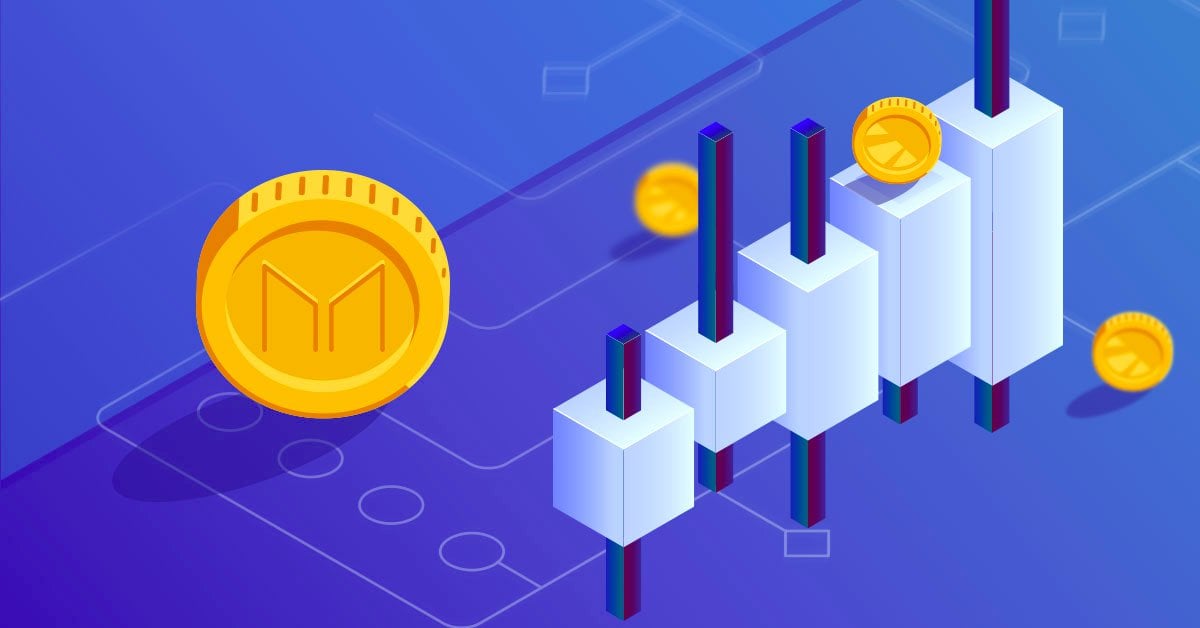 The blockchain technology is increasingly perceived as promising and advanced and the Maker project made a great contribution to it, promoting the concept of decentralized exchanges and stablecoins.

The Maker’s smart contract is getting more and more active, but the absolute numbers are low for the moment. Source: etherscan.io

Let’s examine the token value and try to forecast MKR price predictions for 2019, 2020 and further.

Maker (MKR) token launched in 2017 by the Maker DAO project based on the ERC-20 Ethereum smart-contract standard. As a decentralized autonomous organization on the Ethereum blockchain, the Maker project aims to create stable digital assets (such as DAI) and reduce their volatility relative to the U.S. dollar.

So what is the place of the MKR token in the project’s system?

Maker’s DAI is a USD stablecoinMKR is a utility token which is necessary to pay Stability Fee when generating DAI. It is worth noting that MKR tokens are burned and deducted from the supply after the payment is done. Being a quite volatile cryptocurrency, MKR plays a significant role in maintaining the stability of the DAI stablecoin. I follow from the foregoing that the MKR price is in direct proportion to the demand for DAI. The lowest DAI price since January 2018. Most of the time it’s very close to $1 USD. Decentralized GovernanceMKR acts as a governance token: MKR holders have the opportunity to influence the direction of the Maker project and participate in risk management. Collateral LoansMKR tokens are automatically created and sold on the market when the system is lacking value and threatening to become unstable. Debts collateral is against ETH.

The coexistent of Ethereum, Dai and Maker seem to be a very complex system, especially for beginners. Cyrus...