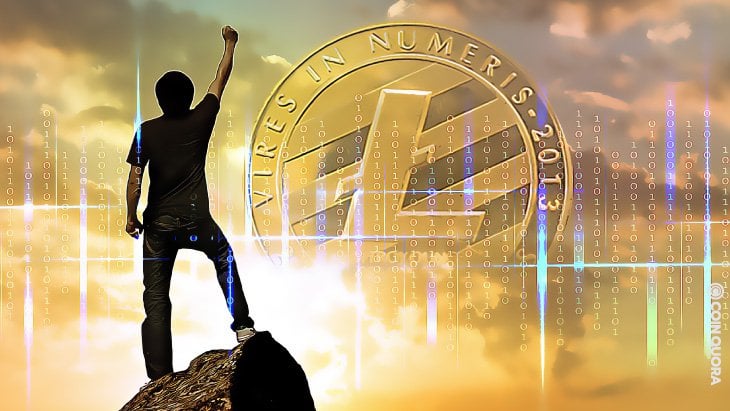 Litecoin (LTC) price is surging towards the $500 mark. This looks to be a promising surge for LTC in the crypto market.

According to CoinMarketCap data, Litecoin price is surging drastically towards a new high of $500. In fact, Litecoin’s upward surge in price looks somewhat promising in the entire crypto market.

In reply to this tweet, the Twitter crypto community responded happily to the current LTC price surge. Hence, most seem excited about the fact that LTC seems to be going bullish.

Additionally, many others asked Davis to share his thoughts on the state of many digital currencies. To mention a few, the assets include $GVT, $EOS, $GMB, $DOGE, and more. Moreover, others also predicted that the price of Litecoin would soon hit the $1,000 mark.

Furthermore, in terms of digital asset ranking, LTC is currently at number 10 in the crypto space. Looking at its present price, LTC could do a lot more in the coming days.

A good read about Litecoin's potential

A good read about Litecoin's potential

The Cryptocurrency market is ablaze with gains. As Bitcoin has moved sideways and altcoin dominance has risen, Ethereum has used this opportunity to power through $4000, but with such a large rise, si...
1
Share